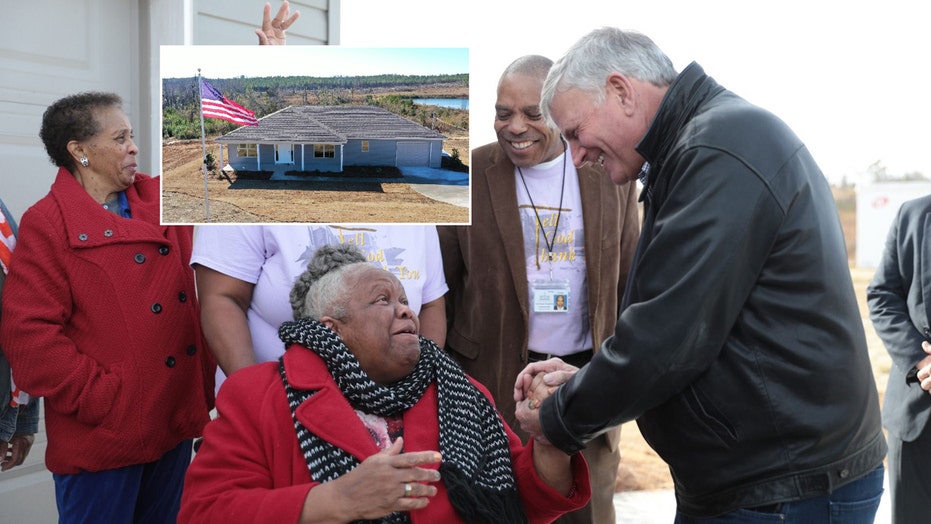 A grandmother in Alabama miraculously survived deadly tornadoes in March after the only room left standing in the house was her prayer closet, where she sang and praised God through the storm.

Nine months later, Earnestine Reese, is again thanking God: Franklin Graham and his team at Samaritan's Purse gave her the key to her new home in Opelika, one that includes her first dishwasher ever, a room with concrete, steel-reinforced walls, and, most importantly, a prayer closet.

EVERYDAY HEROES: 19 OF THE YEAR'S MOST INSPIRATIONAL, HEART-TUGGING STORIES

"Thank you for making a way," Reese prayed while she was viewing the new home with tears in her eyes. "You said you'd take care of me...Hallelujah. Thank you, Jesus."

The North Carolina-based organization made the dedication last Friday.

"When Ms. Reese lost everything, she thanked God," Graham, the president of Samaritan's Purse, said. "As soon as I heard her story, I knew we had to help. Samaritan's Purse is excited to welcome Ms. Reese home just in time for Christmas."

Franklin Graham, the president of Samaritan's Purse, shakes hands with Earnestine Reese, after revealing her new home that was destroyed by tornadoes in March. (Samaritan's Purse)

Reese told Graham, "It's a blessing just to have you here in our yard."

Reese's is one of 13 homes rebuilt in the area, as well as 11 storm shelters. Samaritan's Purse responded to the violent tornadoes in March with disaster specialists and heavy equipment, as 1,400 volunteers helped 110 families clear debris, tarp roofs and search for personal belongings.