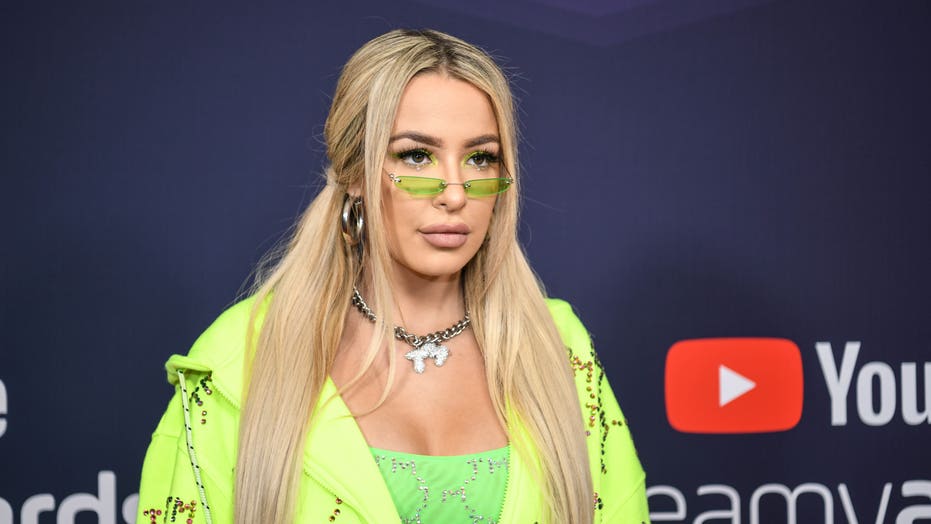 Internet personality and YouTube star Tana Mongeau stepped out on the 2019 MTV Video Music Awards red carpet with a live snake draped around her waist.

Tana Mongeau, known for her popular videos on YouTube, got candid about her mental health in a recent video.

In a new YouTube video titled, “Letting You in on the Truth About MTV, Depression + a Life Update,” the 21-year-old revealed that the last year was extremely challenging despite portraying online that she has a "perfect life."

“2019 might have been one of the most successful textbook years of my life, but when it comes to my mental state it was absolutely, hands down in my 21 years of life, the worst year of that," Mongeau admitted.

“From January to December of 2019, I crumbled, to be real, and I think by the end of 2019 I had beaten myself up in every possible way to the point where I wasn’t even a person. I was fully at rock bottom. I wanted to die. I wanted to kill myself. I did not want to live,” she continued.

Mongeau admitted that she purposefully kept her schedule busy to avoid dealing with her emotions.

“I was doing so many things that would have killed me if I didn’t stop. It got to a point where I didn’t care … about living at all,” Mongeau shared.

The Internet personality then reflected on how her childhood has affected her adult life.

"My childhood was the worst thing on earth. I’m very lucky to have gotten out of that, but I spent 15 years of my life being so incredibly emotionally abused,” she said. “I was raising myself all of those years. I built up so much hatred for my parents, like so much anger for the life they had given me."

She described how she was used to "numbing things out" and would "bottle in any emotional pain" as her career took off.

“I was at a the point of taking Xanax where it’s not that I was trying to overdose — that drug has killed people I love — I was definitely taking enough to where I wasn’t trying to kill myself but I definitely didn’t care if I died.”

But Mongeau reached a turning point when she started to film her MTV reality TV series. She says that she wasn't happy with how the producers were "editing" her as a mean girl.

“I always have gone out of my way to be known as a person who is always so nice to their fans and treats everyone like equal," she said.

During the coronavirus pandemic, Mongeau wants to use her social media platform to help others in need.

"It’s the first I’ve really had a fire lit under me to do everything I can to change the world," she explained, linking to two charities in her video's description.

If you or someone you know is struggling with suicidal thoughts, please contact the National Suicide Prevention Lifeline at 1-800-273-TALK (8255).