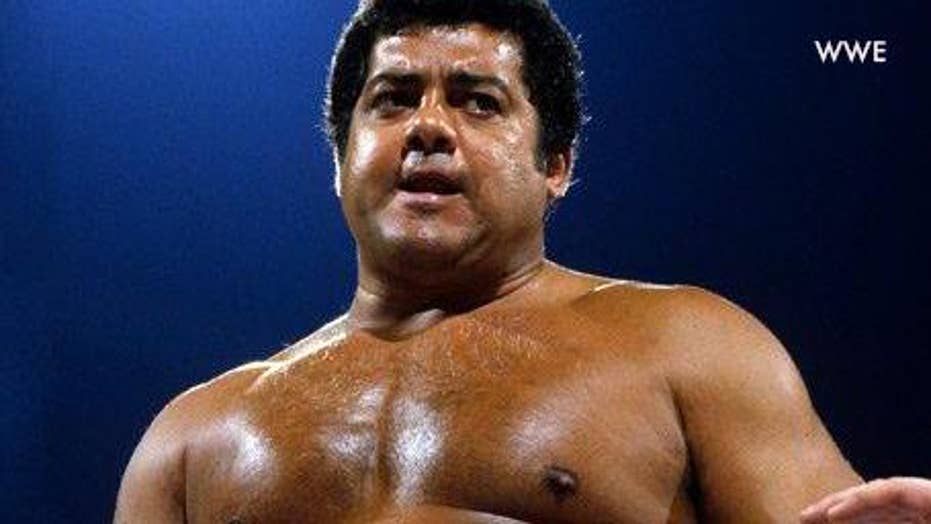 Born in Puerto Rico, Morales began his wrestling career at 17 when he moved to New York City in 1959.

In 1970, Morales won the WWE Championship from Ivan Koloff at Madison Square Garden and established himself as an icon for Hispanic Americans, especially in New York City and the rest of the northeast United States.

Morales became a wrestling legend in 1972 when he took on close friend Bruno Sammartino at the first-ever Showdown at Shea Supercard at Shea Stadium. A whopping 22,000 fans watch the match, which lasted 75 minutes before refs called it a draw due to the strict 11 p.m. athletic event curfew.

Morales retained his championship title for nearly three years (1,027 days to be exact) until December 1973, when Stan Stasiak finally bested him.

In addition to the WWE Championship, Morales concurrently held the World Tag Team title with Bob Backlund and the Intercontinental Championship, making him the first-ever Triple Crown Champion in the then-World Wrestling Federation.

Morales retired from the ring in 1987, but continued working with the WWE and WCW as a Spanish language commentator.

"Goodbye to a great friend. One of the kindest, wisest wrestlers I ever knew. When I first started in WWE, he told me: 'You can’t stop talent.' I followed those words for the rest of my career. RIP Pedro Morales," Bret Hart tweeted.

The Iron Sheik wrote, "ONE OF THE BEST EVER. THE PEDRO MORALES EXCELLENT WORKER. EXCELLENT BABY FACE. EXCELLENT BUSINESSMAN. EXCELLENT HUMAN BEING. RIP MY BROTHER."

Sean "X-Pac" Waltman wrote, "Pedro Morales was a great man & I'm honored to be able to say I knew him. #RIPPedroMorales #PedroMorales."

"My Friend Pedro Morales, Whom I Had The Honor Of Working With Twice! RIP And Always Be Remembered For Your Saying 'I’m Ready For Any Kind Of Action,'" Ric Flair tweeted.

The Singh Brothers admitted that they'd never met Morales, but that he still impacted their lives in a big way — because Bret Hart shared the same advice with them that Morales had given him: