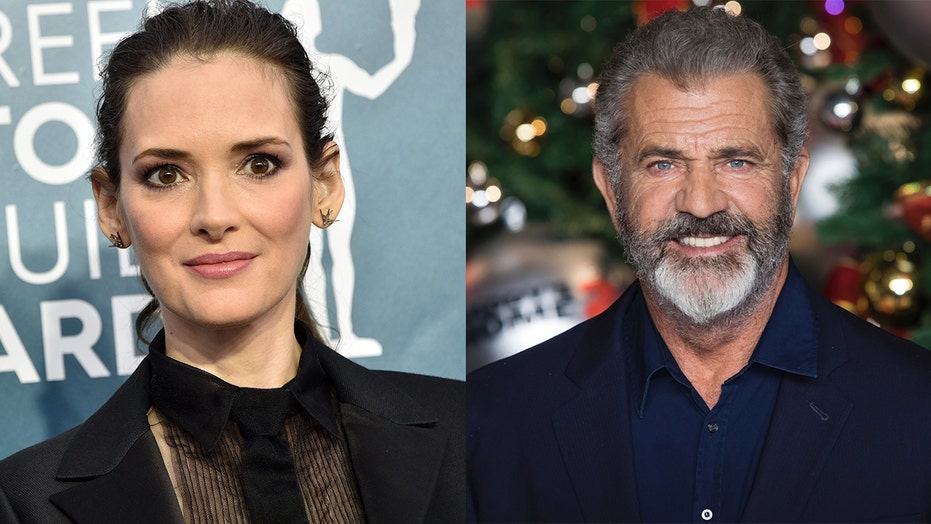 Winona Ryder alleged fellow actor Mel Gibson made an anti-Semitic joke about her at a party several years ago.

"I believe in redemption and forgiveness and hope that Mr. Gibson has found a healthy way to deal with his demons, but I am not one of them," Ryder told Fox News in a statement. "Around 1996, my friend Kevyn Aucoin and I were on the receiving end of his hateful words. It is a painful and vivid memory for me.  Only by accepting responsibility for our behavior in this life, can we make amends and truly respect each other, and I wish him well on this lifelong journey."

The 64-year-old “Braveheart” actor has been accused of anti-Semitism in the past — and now the 48-year-old “Stranger Things” star is adding to those rumors. In a recent interview with the U.K.'s The Sunday Times, the actress shared a story of being at a party with Gibson in which he made not only a homophobic joke about her friend but mocked her for being Jewish, allegedly referring to her as an “oven dodger.”

“We were at a crowded party with one of my good friends, and Mel Gibson was smoking a cigar, and we’re all talking and he said to my friend, who’s gay, ‘Oh wait, am I gonna get AIDS?’ And then something came up about Jews, and he said, ‘You’re not an oven dodger, are you?'” Ryder told the outlet.

The details of the story have not changed since she first revealed them during a 2010 GQ interview. However, at the time she explained that she didn’t immediately understand that he was referencing the systemic murder of Jewish people during the Holocaust at concentration camps.

Winona Ryder called out Mel Gibson for making an anti-Semitic joke to her in 1995. (Getty Images)

“I'd never heard that before. It was just this weird, weird moment. I was like, 'He's anti-Semitic and he's homophobic.' No one believed me!" she said.

Representatives for Gibson did not immediately respond to Fox News’ request for comment.

However, a rep told TooFab: "This is 100% untrue. She lied about it over a decade ago, when she talked to the press, and she’s lying about it now. Also, she lied about him trying to apologize to her back then. He did reach out to her, many years ago, to confront her about her lies and she refused to address it with him."

Ryder claimed that he eventually apologized to her at a later date. However, the actress, who was born Lauren Horowitz, said that, although she doesn’t consider herself a religious person, her Jewish roots are still important to her.

“It’s a hard thing for me to talk about because I had family who died in the camps,” she told The Sunday Times.

As the New York Post notes, Gibson was first accused of making anti-Semitic remarks in 2006 during a traffic stop for a DUI. In 2010, infamous tapes emerged of him going on an angry, racist tirade recorded by his former girlfriend Oksana Grigorieva.