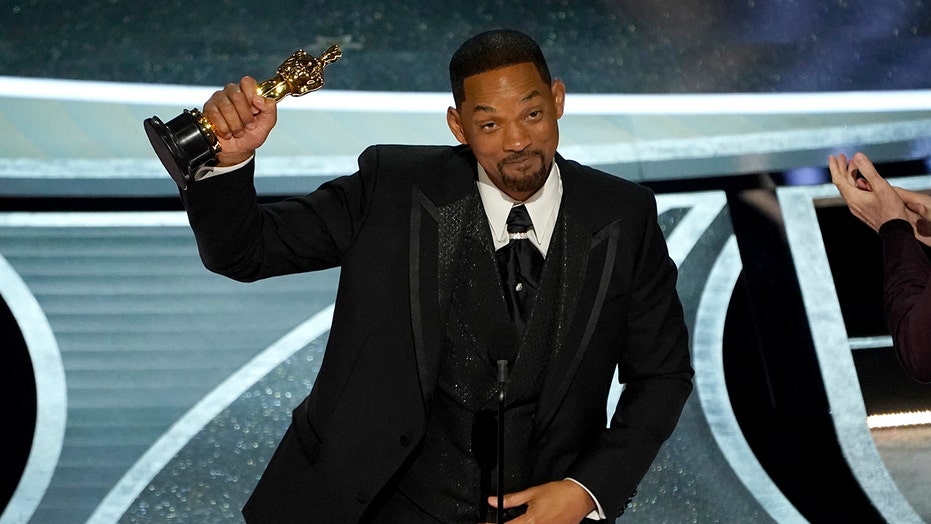 The Academy issued a statement on Twitter after Will Smith walked onstage and slapped Oscar presenter Chris Rock Sunday night.

The tweet, made about two hours after the hit was heard around the world, urged for the focus to be on the winners of the evening.

Despite the response, "The Last Samurai" producer Marshall Herskovitz stressed that the Academy should do more than just issue a statement.

"I call upon the Academy, of which I am a member, to take disciplinary action against Will Smith," he tweeted. 'He disgraced our entire community tonight."

"Jada, I love you. ‘G.I. Jane 2,’ can’t wait to see it, all right?" Rock joked, referring to the 1997 film "G.I. Jane," starring Demi Moore, who shaved her head to portray a fictional Navy SEAL candidate.

Pinkett Smith, 50, revealed in 2018 that she was diagnosed with alopecia. The actress has often discussed the challenges of hair loss on Instagram and other social media platforms.

Smith walked onto the stage from his front-row seat and took a swing at Rock with an open palm, generating a loud smack. Smith walked back to his seat and shouted for Rock to leave Pinkett Smith alone. Rock replied that he was just making a "G.I. Jane" joke — and Smith yelled back at him a second time.

Will Smith, right, hits presenter Chris Rock on stage while presenting the award for best documentary feature at the Oscars on Sunday, March 27, 2022, at the Dolby Theatre in Los Angeles.  (AP Photo/Chris Pizzello)

Smith shared what Washington told him: "At your highest moment, be careful because that’s when the devil comes for you.

Smith went on to win his first-ever Academy Award. However, the confrontation overshadowed his milestone accomplishment. He was previously nominated twice for best actor, for his role in "Ali" in 2002 and "The Pursuit of Happyness" in 2007. In those films, he portrayed real-life characters: Boxing legend Muhammad Ali and Chris Garner, a homeless salesman.

Bradley Cooper, left, and Will Smith appear in the audience at the Oscars on Sunday, March 27, 2022, at the Dolby Theatre in Los Angeles. (AP Photo/Chris Pizzello)

This time, Smith won against formidable competition including Andrew Garfield, Javier Bardem, Benedict Cumberbatch and Denzel Washington — who won his first and only best actor Oscar award in 2002 over Smith for "Training Day."