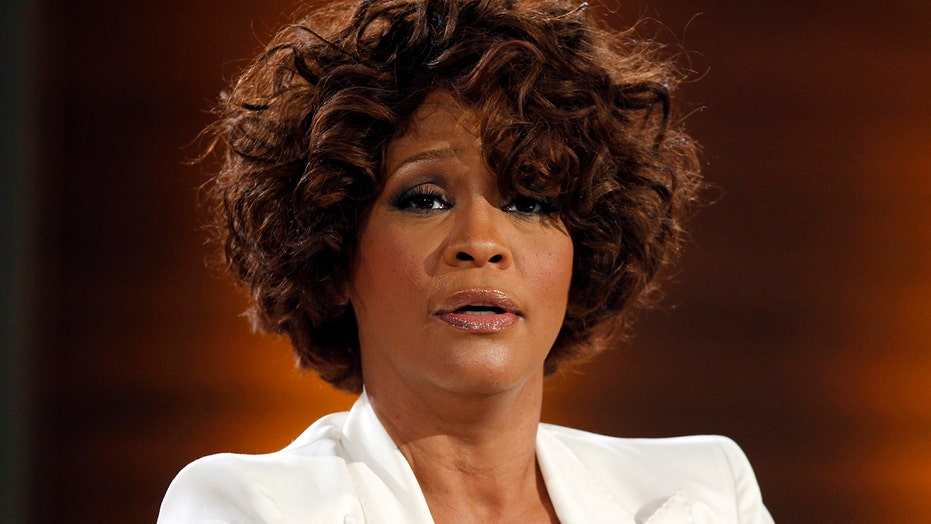 In an excerpt from her new memoir -- "A Song for You: My Life with Whitney Houston" -- obtained by People magazine, Crawford first details Houston's history with famed comedian Murphy — noting that she “lost herself” in pursuit of the comedian.

“[Whitney] was more interested in Eddie Murphy, but he was elusive," Crawford writes.

WHITNEY HOUSTON RECALLED AS HAPPY IN DAYS BEFORE DEATH

Per the outlet, Crawford also recalled one specific memory that saw Houston preparing dinner for Murphy, who was supposed to meet the “I Will Always Love You” singer at her New Jersey mansion.

“One day when Eddie was supposed to come for dinner, I caught a glimpse of Whitney,” Crawford wrote. “She was wearing a black dress and low-heeled slingbacks. For a moment, I thought ‘Boy, I wish she was doing that for me.'”

However, Crawford noted that Murphy was a no-show for the dinner, leaving Houston devastated at the ordeal.

Whitney Houston performs during the World Music Awards at the Thomas &amp; Mack Center in Las Vegas, Nevada as a tribute to music mogul Clive Davis, who received the Outstanding Contribution to the Music Industry Award, September 15, 2004. (Reuters/Ethan Miller)

Despite the dinner incident, Murphy did make a call to Houston the morning of her July 18, 1992 nuptials to Brown.

“[That day] Eddie Murphy called to say she was making a mistake,” Crawford wrote, “but she pressed ahead.”

Brown and Houston had a tumultuous marriage with the Grammy-winning singer ultimately filing for divorce in 2006.

Crawford hopes the book will serve as a reminder to readers of Whitney’s “loving” and “caring” personality.

“I have a lot of beautiful, wonderful, exciting, adventurous, loving, caring memories of Whitney,” Crawford said. “Whitney was a beautiful friend, the friend that I prayed for.”