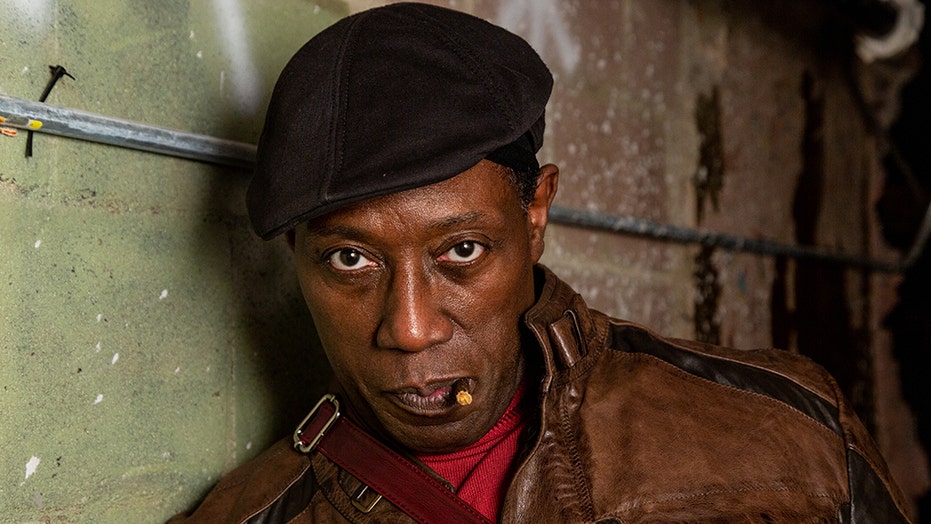 The news that another actor was cast as vampire hunter Blade came as a surprise to Wesley Snipes, who portrayed the character in three successful films, but he says he’s moving on.

Marvel Studios announced at this summer’s Comic-Con that the Oscar winner Mahershala Ali would play the comics character in its blockbuster cinematic universe.

Mahershala Ali and Marvel Studios President Kevin Feige pose for a photo at San Diego Comic-Con on July 20, 2019. Ali has been announced as the new Blade in a reboot of the vampire-hunter series. Wesley Snipes previously starred as the "Day Walker." (Getty)

“People are very, very sneaky. They try to make it about the actors. And it’s not about me and him,” Snipes told The Associated Press in an interview. “Flattery — what do they say? Imitation is the best form of flattery. Yeah. So you know, it’s something that he has acknowledged he wanted to do, and his family wanted him to do it. So I’m appreciative of getting the love. And I’ve created something that others want to carry on, and maybe put their own stamp on it.”

Snipes, who trained in martial arts, is working on a different action-focused project.

“So we did that (Blade). That’s all great. But we got something else that we going to rock,” Snipes said. “So all of that stuff that you saw in the ‘Blade’ franchise, we got something that’s going to come out that I think people will be pleasantly, pleasantly pleased.”

Wesley Snipes holds a katana behind his back in a scene from the film "Blade" in 1999. (Getty)

Snipes spoke to The Associated Press while promoting “Dolemite Is My Name,” which opens Oct. 4 . He plays the director and co-star of “Dolemite” in the Netflix movie about filmmaker Rudy Ray Moore and his creation of the 1975 Blaxploitation classic. Eddie Murphy portrays Moore.

“As an artist, I don’t stay in one spot,” Snipes said. “I’m constantly pushing the envelope of my creativity.”