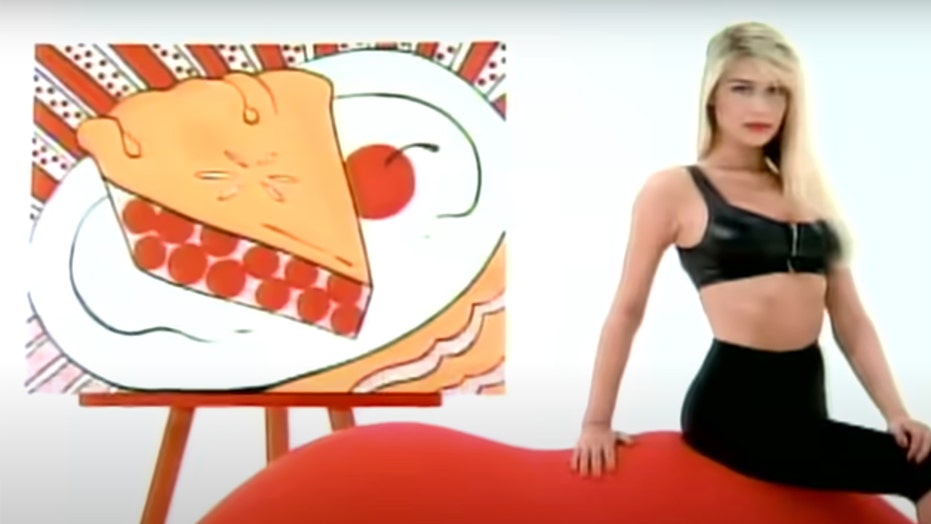 It's been 30 years since Warrant's ultra-provocative music video for “Cherry Pie” was released, and director Jeff Stein is speaking out about the public's jaw-dropping reaction to its racy visuals.

The 1990 video infamously featured Bobbie Brown, who became an overnight sex symbol when the video went into heavy rotation on MTV.  She ended up marrying and divorcing Jani Lane, the hair metal band's lead singer. He died in 2011.

Despite the video receiving backlash and ultimately being banned on a Canadian cable channel, Stein reflected on its prominence in the '90s era, calling the unforgettable video a "parody" in an interview with Yahoo.

“It was a parody. So I guess if people don't get that it's a parody, I don’t know, is that on me or on them?” Stein told the outlet. “I mean, it's so over-the-top, how could anyone think it was anything but a spoof of other hair-metal videos, you know? If people think it was sexist, it was only sexist as a parody of sexism."

The director went on to call himself "the least sexist/misogynistic person."

"I know who I am, so I stand by that. … We were known for being very respectful to women," he said, adding that he'd fire people "on the spot that I thought were crossing a line."

The director defended his leadership, noting that he "never" wanted a woman to feel uneasy on set.

He also discussed his casting Brown for the gig, admitting that he originally wanted "Melrose Place" star Josie Bissett to play the role. Ultimately, it was Lane who passed on Bissett.

There was a time Bobbie Brown once regretted her role in Warrant's 'Cherry Pie' music video. In an interview with Fox News earlier this year, she said she now embraces it. (Columbia)

"I don’t know, maybe she seemed a little more innocent or something. Maybe he wanted that ‘video vixen’ type. And there was Bobbie, and he obviously went for Bobbie -- and ended up marrying her," Stein said.

To this day, Stein said he's confident he found "the right actress" for the gig. He called Brown "perfect" for the role.

'CHERRY PIE' GIRL BOBBI BROWN: 'I WANTED TO SHOOT MYSELF'

In the video, Brown can be seen in racy scenes being sprayed with a fire hose, sitting with a piece of actual cherry pie on her lap, among other hypersexualized visuals.

"Bobbie was a really good sport. We had lot of pies on set. We monopolized the cherry pies in the greater Los Angeles area -- I think they were from DuPar’s, maybe House of Pies. We were pretty good. None landed upside down or anything. In art, our aim is true,” Stein said.

In an interview with Fox News earlier this year, Brown said she used to try to escape the "Cherry Pie" girl persona.

"There was a time when I would go, 'Oh God, not that again.' I had done so many other things beyond just being in a music video, and yet I was just the 'Cherry Pie' girl. It was bulls--t, I thought. But the older I got, the more I embraced it," the star said.

She added: "The reality is that this is how most people know me. This is why most people are interested in me. And frankly, this is probably why we’re talking right now. It’s gotta be something I need to embrace. And it was never a negative experience in my life, so there’s no need to have negative feelings towards it. I don’t need to make it a negative experience. I’ve embraced it. I’m totally OK with it today."

After its release, the video was banned from Canadian channel MuchMusic, which deemed it "sexist," according to Yahoo. Despite the controversy, Stein said he still reflects on it confidently.

“It would never even come out today; I'd be tarred and feathered and run out on a rail if they ever showed it!” Stein told the outlet.

He added: “'Cherry Pie’ was one of those videos that got ‘best of’ and ‘worst of.’ I think we got Worst Video of the Year in Rolling Stone’s critics’ poll. So I think when you can do that, you’ve obviously struck a nerve. To me, something like that is a victory.”