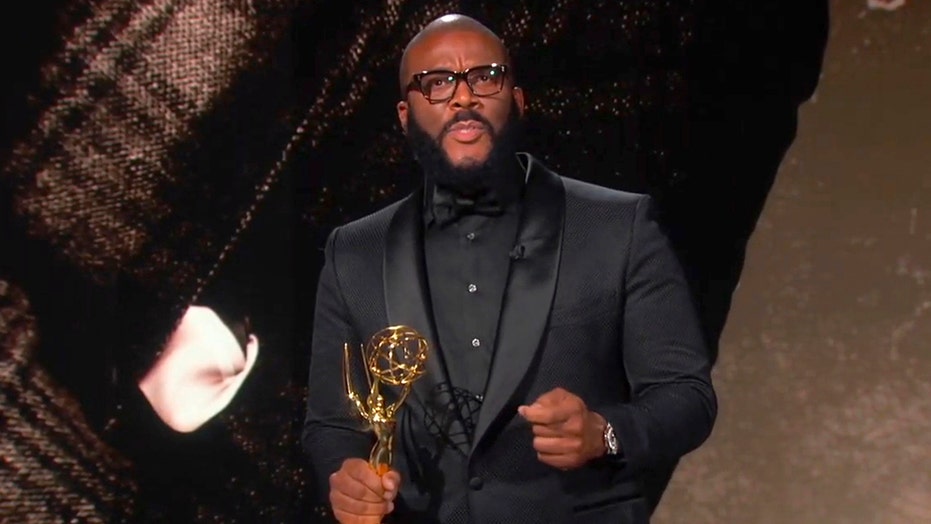 Entertainment icon Tyler Perry was honored with the annual Governors Award at the virtual 2020 Emmys on Sunday night.

The writer-director-producer-actor talked about his grandmother's influence in his life as he accepted the award given to "an individual, company, organization or project for outstanding achievement in the arts and sciences or management of television."

"This is amazing, I didn't expect to feel this way," Perry described.

He then told a story about how his grandmother gave him a patchwork quilt when he left home at 19 years old. Perry admitted he didn't respect the meaning of the quilt or care about how he treated it. He said he was "quite embarrassed by it."

"It had all these different colors and different patches in it and I was quite embarrassed by it. I had no value in it at all," the 51-year-old continued.

Only years later, Perry realized the quilt's special meaning when it was explained to him by an antique store employee.

The person said a similar quilt they were selling "was made by an African-American woman who was a former slave and each patch in the quilt she had put in represented a part of her life."

"As I was hearing this story, I became so embarrassed," Perry confessed. "Here I was a person who prized myself on celebrating our heritage, our culture, and I didn't even recognize the value in my grandmother's quilt. I dismissed her work and her story because it didn't look like what I thought it should... We are all sewing our own quilts with our thoughts and our behaviors and our experiences and our memories."

The Television Academy previously said in a statement they chose Perry because of "his unprecedented achievements in television and his commitment to offering opportunities to marginalized communities through personal and The Perry Foundation programs of inclusion, engagement, employment and other philanthropic initiatives."