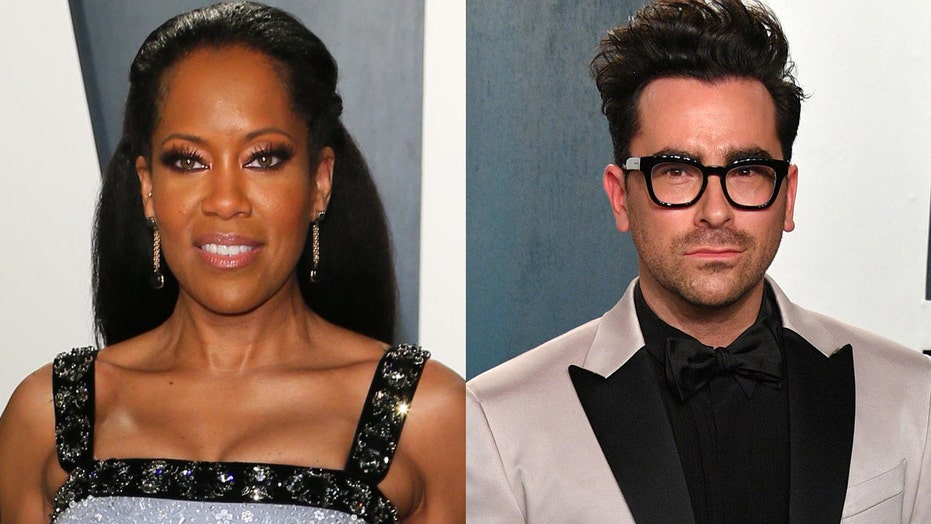 Not even coronavirus can stop the Emmy Awards from honoring the year's achievements in television.

Shows from "Schitt's Creek" to "Succession" to "Little Fires Everywhere" were up for some of the evening's top honors while some of Hollywood's biggest names went home with an award of their own.

Among the show biz heavyweights nominated for an Emmy this year were: Michael Douglas, Jennifer Aniston, Meryl Streep, Hugh Jackman, Mark Ruffalo and many more.

The ceremony no doubt looked different than in years past, as the packed theater full of glammed-up stars has been swapped out for a virtual broadcast that saw crews offer winners their awards in real-time despite not being under the same roof.

Catherine O'Hara (left) and Daniel Levy (right) of 'Schitt's Creek.' The two picked up Emmy Awards for their work on the show. (Getty Images)

A plethora of Creative Arts Emmys have been handed out over the past week to stars like Maya Rudolph, who bagged two for her work on "Saturday Night Live" and "Big Mouth," while Ron Cephas Jones and Jasmine Cephas Jones made history as the first father-daughter duo to win in the same year.

With the glitziest 24 awards given out, here are tonight's big winners:

Outstanding lead actor in a limited series or movie: Mark Ruffalo - "I Know This Much Is True"