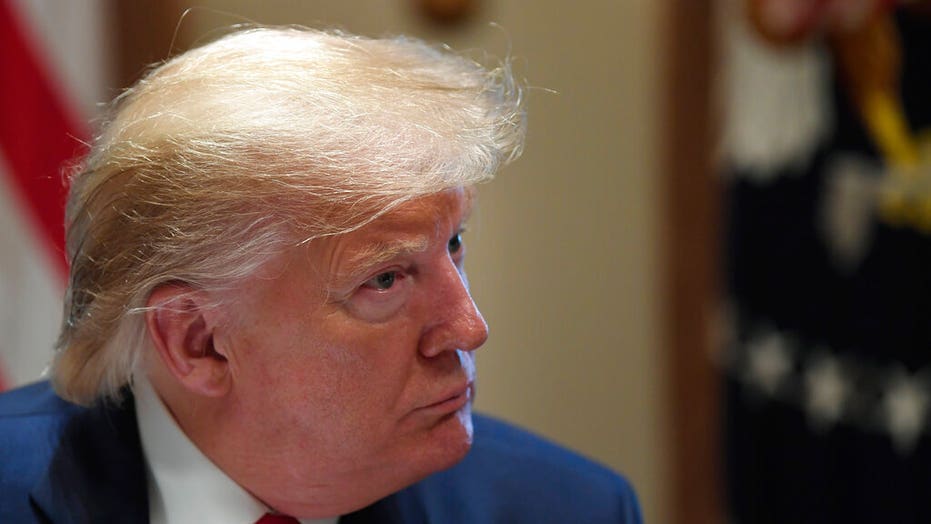 The man behind the creation of "Avengers: Endgame" villain Thanos wants no one to mess with his catastrophic character -- especially the president of the United States of America.

Jim Starlin created Thanos in the 1970s. On Tuesday, the comic book writer blasted President Trump's 2020 campaign in response to a video showing the president's smiling face superimposed over the film's main villain at the exact moment the creature snaps his fingers before declaring, "I am inevitable."

'AVENGERS: ENDGAME' ACTRESS GOT IN TROUBLE WITH MARVEL STUDIOS HEAD OF SECURITY FOR POSTING A SUNSET PICTURE

The video cuts from Trump as the evil character to the dust settling on a clip from Nancy Pelosi. The campaign's Twitter account expanded on its direct message on Tuesday.

‘AVENGERS: ENDGAME’ DIRECTORS REVEAL WHY THEY CUT KATHERINE LANGFORD’S SCENE OUT OF MOVIE

Starlin made it clear he did not find the video tasteful -- or even humorous -- at all. In "Avengers: Endgame," Thanos falls short in his third attempt at destroying the universe.

"After my initial feeling of being violated, seeing that pompous fool using my creation to stroke his infantile ego, it finally struck me that the leader of my country and the free world actually enjoys comparing himself to a mass murderer," the comic book writer said in a statement to The Hollywood Reporter.

Speaker of the House Nancy Pelosi, D-Calif., meets with reporters during her weekly news conference at the Capitol in Washington on Dec. 5. (AP Photo/J. Scott Applewhite)

The campaign video was released hours after Pelosi announced articles of impeachment against Trump will proceed.

Meanwhile, Pelosi's announcement was mocked, along with the president, in a jingle created by "The Late Show with Stephen Colbert" last week. The song mocked Trump as a "bum," and Pelosi as a "grandma."