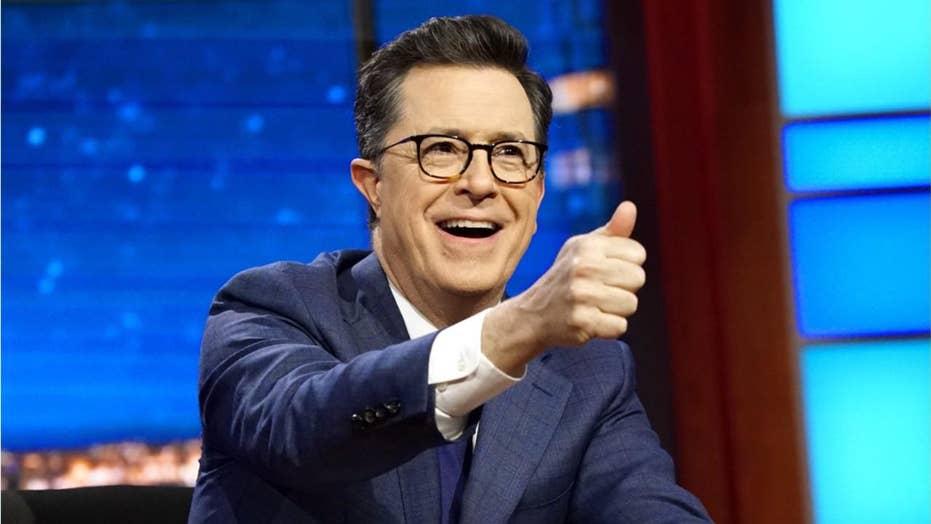 The late-night show sent social media into a frenzy after it released a comedic jingle about Pelosi, hours after she had announced articles of impeachment against President Donald Trump will proceed.

The musical tribute was a song that included several jabs at POTUS, 73, and Pelosi, 79, who were respectively described as a "bum" and "grandma" in the first few lines.

"DC's got its hustlers / the White House got its bum / Speaker of the House is Nancy Pelosi / she's as pant-suited as they come," the song begins.

House Democratic Leader Nancy Pelosi of Calif., speaks to a crowd of volunteers and supporters of the Democratic party at an election night returns event at the Hyatt Regency Hotel, on Tuesday, Nov. 6, 2018, in Washington.  (AP Photo/Jacquelyn Martin)

"If you violate the constitution / she's not a grandma you wanna cross," the song continues, which refers to Pelosi's now-viral comment of telling a reporter not to mess with her on Thursday.

"Though Donald Trump calls her nervous Nancy / he better best call her boss just because / they say you don't quid pro quo on her watch / you don't withhold Ukraine finances / you don't hand foreign policy to Giuliani / and you don't mess around with Nancy."

The tribute instantly sparked an online debate, with some fans calling the sketch "embarrassing," while others thought it was "hilarious."

Another commenter claimed to be so into the song that she "didn't want it to end so quickly."

But others claimed it was distasteful, and even questioned the future of the show.

STEPHEN COLBERT, IN NEW ZEALAND, SAYS HE MISSES FEELING PROUD OF HIS COUNTRY

"What happened? Late-night used to be funny," a user tweeted.

Another Stephen Colbert follower agreed, "This is so embarrassing. Holy s--t. And people are commenting saying it's the best thing ever. What happened to comedy?"

Of course, loyal fans of Colbert's may not be surprised by the song's treatment of Trump. Last month, Colbert said he misses being proud of the United States.

In 2018, Pelosi appeared on "The Late Show with Stephen Colbert," where she confidently said she was going to win the Speaker of the House seat. She was re-elected to the position in January.