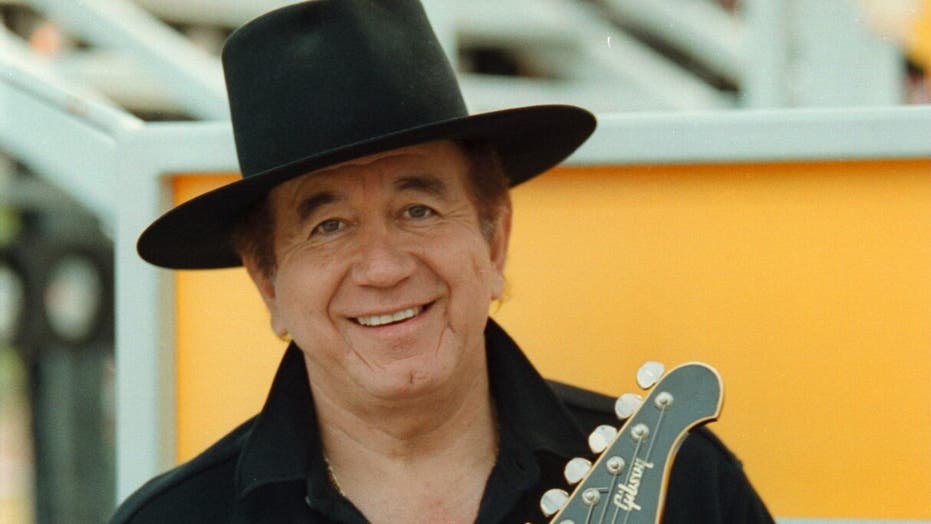 Lopez's close friend and collaborator Joe Chavira confirmed the death to Fox News on Tuesday and explained that he died due to coronavirus complications.

According to Chavira, Lopez had been "in and out" of the hospital for about two months and was working on a local 30-minute television special to raise funds for food banks, which have been stressed because of the pandemic's economic fallout.

The news was originally reported by Palm Springs Life magazine, which covered the area where he had lived for a long time, via an Instagram post featuring a photo of Lopez holding a giant hammer like a guitar.

The post continued, explaining that a documentary about Lopez's life had just finished "shooting and editing," with Lopez having recently seen a cut of the film for his approval.

According to Variety, Lopez was born Trinidad Lopez III in Dallas to parents from Mexico.

At just 15, he was already playing in bands. His group Big Beats would go on to record with Buddy Holly and producer Norman Petty, leading to them being signed to Columbia Records in 1958.

A solo career with King Records followed before he left the label,  and eventually took a residency at a Los Angeles nightclub where he was discovered by Frank Sinatra and signed to Reprise Records in 1963.

His cover of "If I Had a Hammer" topped charts in several countries and reached No. 3 in the United States.

Lopez's other successful songs included "If You Wanna Be Happy," "Lemon Tree" and "This Land is Your Land."

He also starred as the titular character in the 1973 flick "Antonio," alongside "Dallas" star Larry Hagman.

He had no wife or children but is survived by family in Texas, including a brother and nephew.