“Racist people don’t be jumping nobody in the polar vortex,” Morgan said during an appearance on “The Tonight Show Starring Jimmy Fallon" on Monday night. “It’s too cold. They’ll be racist in the spring.”

At the beginning of the segment, host Jimmy Fallon had asked the “30 Rock” star about a new job.

“They gave me a role on ‘Empire,’” Morgan told the late-night host, as the audience applauded. “They gave me millions of dollars. Contractually, all I got to do is not fake a hate crime ... Jussie. That's all I have to do."

Fallon then asked Morgan if he "buys" Smollett's story.

"No, man! Come on ...racists don't be watching Empire, man," the actor-comedian replied.

"Empire" show executives announced in February that Smollett's character had been cut from the final two episodes of Season 5 as authorities investigated what they claimed was a hoax hate crime.

It's currently unclear whether Smollett, who has maintained his innocence over the past few months, will return as a series regular. However, 20th Century Fox Television and Fox Entertainment said it was "gratified on [Smollett's] behalf" after all of his charges were dropped last week.

Morgan also joked about Smollett’s run to get a sandwich before the alleged attack on a cold night in January.

Morgan isn't the only comedian to take aim at Smollett in recent days. Chris Rock, who was on hand to present the award for Outstanding Comedy Series at the NAACP Image Awards on Saturday, also blasted the former "Empire" star.

"They said 'No Jussie Smollett jokes' ... What a waste of light skin. Do you know what I could do with that light skin? That curly hair? My career would be out of here! I'd be running Hollywood," said Rock.

Smollett was nominated – but lost – for best-supporting actor in a television drama for his role as Jamal Lyon on the Fox series. He was edged out by "Grey's Anatomy" star Jesse Williams. 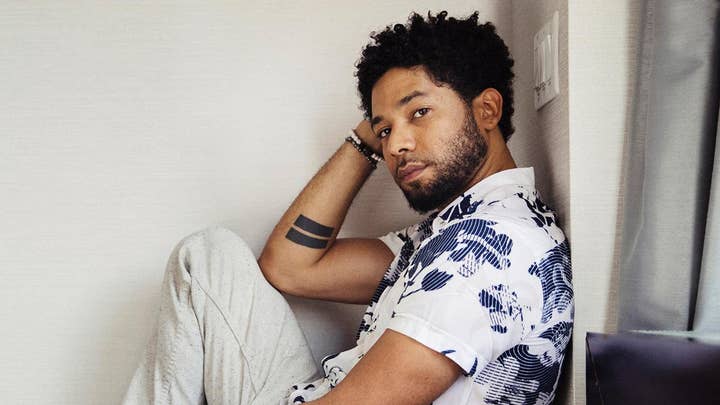 Smollett has been in the middle of a firestorm for weeks in Chicago.

He is accused of staging an anti-gay, racist attack on himself in January in order to promote his career. The star has denied the charges from the start and insists that two men approached him, beat him, threw bleach on him and tied a rope around his neck before shouting, "This is MAGA country," in reference to President Trump's "Make America Great Again" campaign slogan.

The Cook County State Attorney's Office recently dropped all charges against Smollett, who was previously facing 16 felony counts of disorderly conduct for allegedly filing a false report that he was the victim of a hate crime.