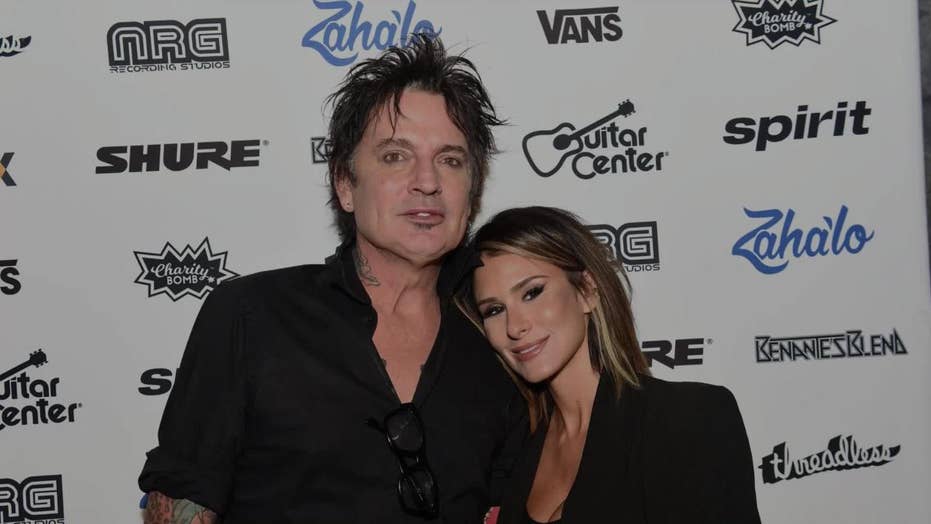 Mötley Crüe drummer Tommy Lee and Internet personality Brittany Furlan tied the knot on Valentine’s Day, one year after they announced their engagement.

Lee, 54, shared the news in an Instagram post of two dogs wearing a wedding dress and tux respectively.

Furlan shared the same photo confirming she and Lee got married.

The couple have been dating since 2017 before announcing their engagement last Valentine’s Day. The newlyweds did not share any photos of the wedding.

During Memorial Day weekend, speculation swirled that the two got married after Furlan, 32, shared an Instagram post of the two kissing in their hotel robes underneath an altar.

However, Furlan later told TMZ that they were just messing around.

“We were just messing around," Furlan told TMZ. “We just thought it was funny… It’s actually funny because they even changed it on Wikipedia, and they don’t believe us. It’s kind of funny.”

This is Furlan’s first marriage and Lee’s fourth. He was previously married to Heather Locklear, Elaine Starchuk and Pamela Anderson.

Furlan spoke to Fox News in January about his famous ex and the abuse that took place during Lee's and Anderson's relationship.

"I think he’s been a really good person this whole time, and I think what happened between them – only they will know the truth about that situation. And, that’s all I have to say about that. Tommy is very funny, he’s goofy, he’s my best friend. At his core, he has a really big heart – he really does," Furlan told us adding that Lee has "never" been physically or mentally abusive towards her.

"I just don’t really care what they say. It’s not about them – it’s not their life, you know?" she said of her haters. "It’s my life and it’s my decision to be who I am and love who I love and to live my life how I want to live my life. It’s definitely not anything that I concern myself about."