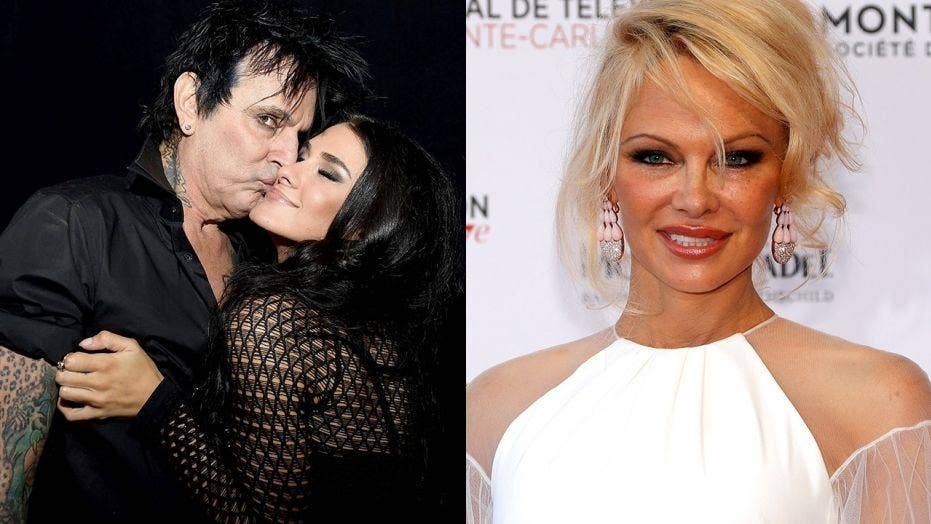 Tommy Lee’s fiancée fires back at Pamela Anderson and haters

Rocker Tommy Lee alleges he was assaulted by his son. Lee’s ex-wife, Pamela Anderson, slammed his fiancée, Brittany Furlan, claiming she enabled his drinking. Now Furlan is firing back.

Tommy Lee’s fiancee, Internet personality Brittany Furlan, has spilled the beans on their wild sex life, which happens to include sex tapes.

The “We Are Your Friends” actress told TMZ, “We’ve already made tapes, but they’re not coming out.”

Lee, 55, isn’t a stranger to sex tapes or leaks. The musician’s most infamous tape with ex-wife Pamela Anderson was reportedly stolen from their home safe. It was later released under adult film production company Vivid Entertainment in 1998.

Furlan’s off-color comments come on the heels of rumors she and the Mötley Crüe rock star got married over Memorial Day weekend, after an Instagram post she shared of the two of them kissing in their hotel robes underneath an altar.

The post propelled speculation the couple had gotten hitched, which she later cleared up.

“We were just messing around," Furlan told TMZ. “We just thought it was funny… It’s actually funny because they even changed it on Wikipedia, and they don’t believe us. It’s kind of funny.”

However, the 31-year-old admitted she and Lee plan to wed next Valentine’s Day, which would be the one-year anniversary of their engagement.

“We’re really cheesy like that,” she told the outlet. “It’s the day of love… We’re thinking of a bunch of different places, but we might just elope,” she added.

Fox News has reached out to Vivid Entertainment for comment on whether the adult film giant is trying to acquire a sex tape from Lee and Furlan.