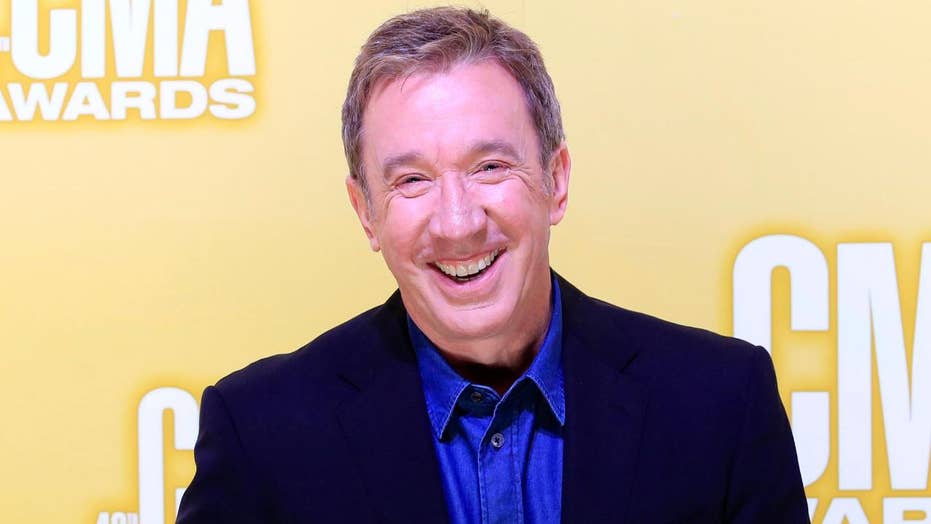 Tim Allen’s “Last Man Standing” is returning to television this fall after it was renewed by Fox on Friday — and its star may have fellow comedian Roseanne Barr to thank for.

Dana Walden, Chairman & CEO of Fox Television Group, revealed in a 2018 programming presentation for the press on Monday that Roseanne Barr comeback the success of the “Roseanne” reboot further inspired the network to work with Allen after his sitcom was canceled by ABC in May 2016 despite its high ratings.

“Obviously, I think everyone took a good hard look at the performance of ‘Roseanne,’” she explained. “It did so well and it certainly reminded us that we have a huge iconic comedy star in our Fox family, in Tim Allen.”

Many fans of “Last Man Standing” speculated at the time that ABC axed the series over its politics, a rumor that ABC vehemently denied at the time.

After ABC’s success with “Roseanne,” which features a pro-Trump character, calls for the network to bring back “Last Man Standing” were revived.

Walden said the opportunity to revive “Last Man Standing” was a no-brainer.

Tim Allen told Fox News in a statement on Friday he was "excited to begin filming Season 7 of "Last Man Standing." (ABC)

“We’ve been talking to Tim throughout the year,” she said. “We tried to move ‘Last Man Standing’ over last year when ABC decided not to move forward. It’s a really funny show… We always felt like for whatever reason, ABC didn’t really prioritize ‘Last Man Standing.’”

Still, Walden stressed that the success of “Roseanne” wasn’t the sole factor for giving Allen, 64, the green light.

“[Last Man Standing] drew 8.5 million viewers every Friday night with very little promotion. We always wondered how it would do if it was given a better opportunity and prioritized more in terms of a network’s marketing agenda.

"So we were emboldened by the performance of ‘Roseanne’ and that certainly made us think that this was a really good opportunity… ‘Roseanne’ certainly confirmed that.”

“Last Man Standing” tells the story of a married father of three who tries to maintain his manliness in a world often dominated by women. It was ABC’s second most-watched comedy after “Modern Family.”

Allen, a conservative who has voiced his support for Trump, starred as Mike Baxter, who is also politically conservative on the show.

“I’m not sure that cancellation really had anything to do with politics,” he said. “If anything, it may have had something more to do with that network trying to own more of its schedule… Tim’s personal politics really aren’t a big feature of the show… [Mike Baxter] doesn’t have extreme political views.

"And the show never really delves deeply into political viewers. It wasn’t really about that. We really just felt it was a funny show, the audience responded to it and there was an opportunity on our schedule particularly… to put a great comedy that would attract a broad audience.”

Newman noted fans of “Last Man Standing” were quick to launch a petition to bring back the series, especially after Barr revealed her character was a Trump supporter. However, he didn’t believe the lasting success behind “Last Man Standing” was solely based on Baxter’s conservative values.

“I think one of the great things about broadcast television is that the fans get very connected to these stars, the character and the shows,” he said. “And a lot of that social sentiment that you see results in online discussions about shows, I think, is part of what drives the success of the show.

"That fan base identities or appeals to them that Tim has his particular political viewpoints. I just don’t think the show ends up delving into it very deeply. From time to time, there may be a moment on the show that deals with current politics, but it doesn’t feel like a soapbox for any particular point of view.”

Walden also shared that despite initial interest in bringing “Last Man Standing” over to Fox after its ABC cancellation, the right opportunity just wasn’t there quite yet, despite growing demand from fans.

The news of “Last Man Standing” being resurrected by Fox came just days after Allen teased a possible reboot of his series on social media.

In a statement sent to Fox News on Friday, Allen said he was excited to begin filming Season 7.

“When I heard the offer to create more episodes of ‘Last Man Standing,’ I did a fist pump so hard I threw my back out,” he wrote. “It’s the fans! I could not be more grateful for the fans who wrote petitions and kept up the passion and incredible support for the show.

“And a fist pump, ouch, for Dana Walden and Gary Newman at Fox for not only listening to the fans but for making the bold move to bring ‘Last Man Standing’ back. I’m sure audiences will be curious to see what we look like after all these years. Oh, has it only been one year? Well, just goes to show you – a lot can happen in a year.”