Tim Allen: What to know

Tim Allen is a fan favorite of many, but did you know that the famed actor started stand-up comedy on a dare? Check out this list of fun facts and things you need to know about Tim Allen.

Tim Allen is back to bring the funny on the big screen!

The funnyman makes his return to the fourth installment of the legendary "Toy Story" franchise – voicing the boisterous Buzz Lightyear of Star Command – in a role that Allen says was tough to get through this time around due to the film’s depth and the overwhelming emotion surrounding the storyline.

“It’s a very different Pixar movie. It’s not somber, but very reflective, layered. I put too much into it because I’m involved in it. I’m too close to it,” Allen, 66, told Us Weekly in an interview published on Friday. “I literally had a tough time watching it, because it brought up some of my own personal stuff about loss, change, moving on. It’s heartwarming. A little tough, but essentially pays off.”

“All the stories to me are human in nature – it’s masking human stuff with animated characters. This is even more of that, and has deeper themes about how we treat each other, and what’s worth something and isn’t worth something.”

The “Last Man Standing” star opened up about the iconic characters of Woody and Buzz and the history of their friendship. With the first film in the series debuting in 1995, Allen said the relationship and connection the cowboy and Space Ranger share is a similar parallel to his “Toy Story” counterpart, Tom Hanks, who voices the fearless sheriff.

“They’ve kind of become Mickey Mouse and Donald Duck of a certain generation. I really take a large leap by saying that we’re that iconic, but it does feel that way. They’re immortal; they’re toys — they don’t have a life span,” said Allen.

“There’s a very short scene that both Hanks and I had trouble with because I thought there were more pages. It ends, and I got choked up. I literally had a hard time saying it. He did too. We both had the same reaction. Twenty-five or so years of friendship between Woody and Buzz has morphed into a very close friendship with Hanks and I.” 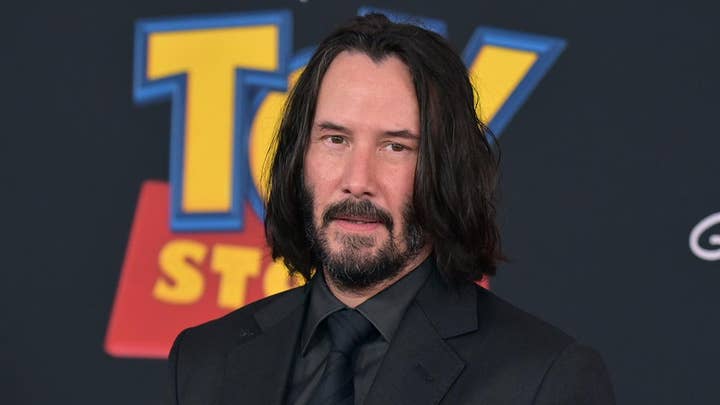 When asked if the fourth iteration in the Pixar series would be its last, Allen played coy – but made a striking film comparison to another long-running franchise that may have likely had its own culmination.

“I can’t give that away. There’s very little to suggest that this isn’t, at the very least, [part of] a much bigger world,” Allen explained. “It reminds me of the ‘Avengers’ movies – there are not only offshoots of characters that have simultaneous stories, but the world itself got much bigger.”

“My sense is it’s done. My creative side says, at the same time things end, there’s a new beginning. I would find it difficult not to just continue.”