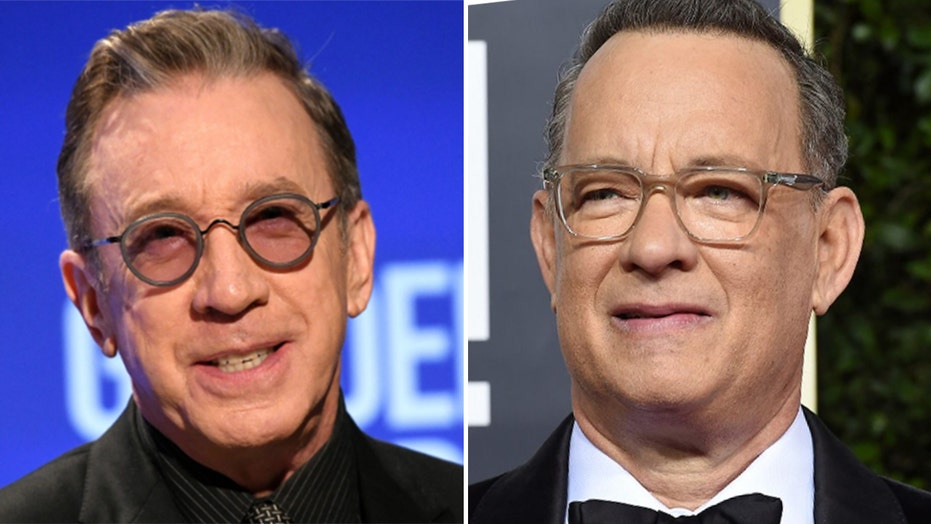 Tim Allen has revealed the words of advice he gave his "Toy Story" co-star Tom Hanks amid his coronavirus battle last month.

Hanks and his wife, Rita Wilson, both 63, were the first celebrities to announce they contracted COVID-19. The couple were in Australia when they received their test results and stayed in isolation there before recovering and returning home.

In an interview with Extra, the "Last Man Standing" actor, 66, recalled the hilarious tip he shared with Hanks and it likely provided some laughter for the actor while he was under the weather.

"I wrote him. I said, 'You should have worn the Buzz Lightyear protective suit and then you wouldn't have gotten in that trouble!" Allen told Extra's Billy Bush in a virtual interview from his home.

"You put that bubble down," Allen continued as he pretended to cover his face with an imaginary space helmet.

Allen and Hanks voiced the iconic "Toy Story" characters of  Buzz Lightyear and Woody, respectively -- a franchise that has since released four films about a gang of misfit toys who come to life and embark on adventures when their human owners aren't around.

RITA WILSON SAYS CORONAVIRUS FIGHT WAS 'EASIER' SINCE HUSBAND TOM HANKS HAD IT, TOO

Bush shared that he felt Hanks was "extremely comforting" along his journey thanks to his consistent updates on the couple's symptoms and progress.

Tim Allen reveals he's stayed in touch with Tom Hanks, most recently reaching out to him when thte 63-year-old actor battled coronavirus. (Getty/AP)

Like Hanks, Allen has provided some positivity over the last few weeks while so many across the globe have been forced to stay at home under lockdown.

In a tweet, Allen shared an image of the character Wilson from his successful 1990s sitcom "Home Improvement."

Wilson, played by late actor Earl Hindman, acted as the wise neighbor on the show who went the entirety of the series without ever showing the bottom half of his face, except for a finale special in which he finally took a bow and blew a kiss to the audience.