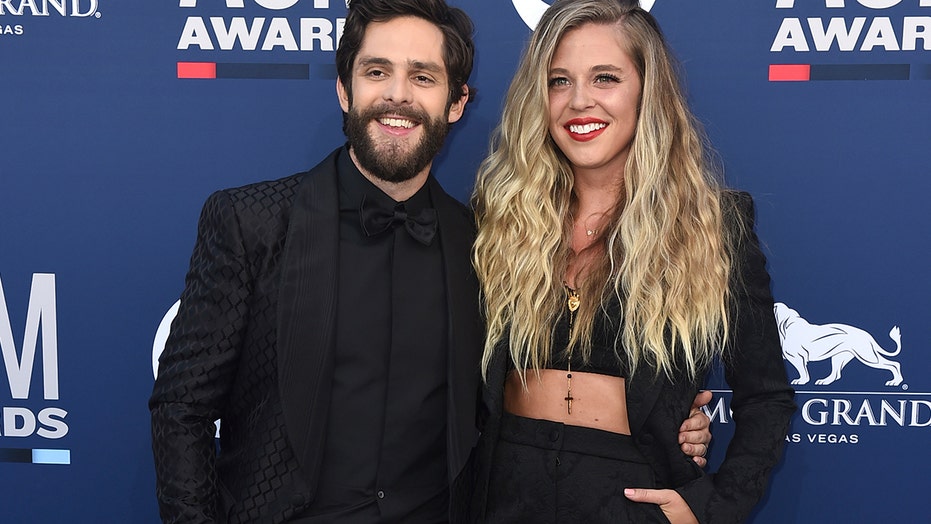 Thomas Rhett and Lauren Akins may seem to have a fairytale romance, but that wasn't always the case.

During a recent appearance on "The Bobby Bones Show," the 30-year-old country star revealed that he and Akins, also 30, once relied on "therapy" to keep their relationship on track.

Rhett and Akins, who have known each other for a majority of their lives, are parents to Willa Grey, 4, Ada James, 3, and Lennon Love, 6 months. During the process of adopting Willa, Akins became pregnant with Ada.

"There were certain parts in our marriage for sure that I was a bit jerky, if you will, especially through the adoption — not that any of this was really my fault," the star admitted.

The adoption process became a difficult time for the lovebirds, as Rhett was in Nashville performing while the pregnant Akins was traveling to Uganda.

"Lauren called me because it was nine o'clock in the morning in Uganda and ... she hears all of her friends in the background. Meanwhile, Lauren is seven months pregnant and throwing up in a bathroom in Uganda," said the "Die a Happy Man" singer. "That was when Lauren was like, 'We are living two completely separate lives right now.'"

Rhett said the phone call was a "humbling experience" as he realized that his wife was feeling "a sense of aloneness" in Uganda while he was "living life as usual."

He added: "Hopefully, there's somebody else in the world reading that chapter going, 'Man, I've been in that same position. If they can work it out, we can work it out too.'"

Last month, Akins spoke with People magazine and offered up an expert for her memoir, "Live in Love," in which she addressed the counseling.

"We still are staying in close contact with our counselor, Beth. COVID has changed things a little bit, but if we ever feel like there's something we need to talk through with a third party, or even just to touch base and check in, we're texting or calling Beth," she revealed. "It's something that we still say is crucial to a marriage, some form of counseling or third party. It's just a place where you can learn more about yourself and learn more about your spouse and really learn how to communicate better and clearer. It's been so, so good. We just really love it."