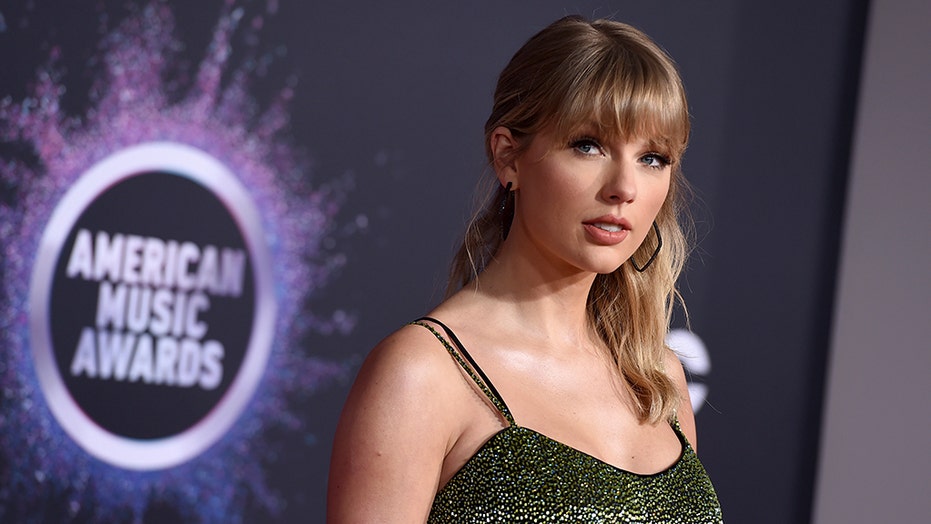 Taylor Swift is known for generally keeping her political views silent, and for good reason.

Other than for just a few instances -- one being her 2018 endorsement of Democrat Phil Bredesen in Tennessee’s Senate race -- Swift has stayed relatively mum out of fear it'll hurt her career.

Specifically, Swift didn't want to replicate what happened to the Dixie Chicks' Natalie Maines in 2003, when she said she and the band were "ashamed" that then-President George W. Bush was from Texas, which ultimately resulted in the band being banned from some radio stations and a drop in record sales.

“I saw how one comment ended such a powerful reign, and it terrified me,” Swift, 30, told Variety. “These days, with social media, people can be so mad about something one day and then forget what they were mad about a couple weeks later. That’s fake outrage. But what happened to the Dixie Chicks was real outrage. I registered it -- that you’re always one comment away from being done being able to make music.”

But in 2018, Swift felt she had no choice but to make her endorsement.

“This was a situation where, from a humanity perspective, and from what my moral compass was telling me I needed to do, I knew I was right, and I really didn’t care about repercussions,” the "Lover" singer said. “My dad is terrified of threats against my safety and my life, and he has to see how many stalkers we deal with on a daily basis, and know that this is his kid. It’s where he comes from.”

Another instance of Swift showing her political side came with her video for "You Need to Calm Down," which presented pro-LGBTQ themes and won her the Vanguard Award from GLAAD.

“To celebrate but not advocate felt wrong for me,” she said of her LGBTQ fan base. “Using my voice to try to advocate was the only choice to make. Because I’ve talked about equality and sung about it in songs like ‘Welcome to New York,’ but we are at a point where human rights are being violated. When you’re saying that certain people can be kicked out of a restaurant because of who they love or how they identify, and these are actual policies that certain politicians vocally stand behind, and they disguise them as family values, that is sinister. So, so dark.”

Swift also revealed to the outlet that her mother, Andrea, 62, has been diagnosed with a brain tumor.

Taylor Swift said that dealing with the diagnosis has been "a really hard time" for her family.

One song titled "Soon You'll Get Better" on Taylor Swift's new album is dedicated to her mom's recovery.

“That was really, really hard to write, and it was just a family decision whether to even put it on the album,” she admitted. “We as a family decided to put this on the album, and it’s something I’m so proud of, but it’s just really hard. I can’t sing it. It’s hard to just emotionally deal with that song.”

Andrea Swift was first diagnosed with cancer in 2015 and then went into remission. Taylor Swift revealed in Elle magazine last year that her mom was battling the terrible disease again.

“I’ve had to learn how to handle serious illness in my family. Both of my parents have had cancer, and my mom is now fighting her battle with it again,” Taylor Swift wrote in a personal essay for the publication.

“It’s taught me that there are real problems and then there’s everything else,” she added. “My mom’s cancer is a real problem. I used to be so anxious about daily ups and downs. I give all of my worry, stress and prayers to real problems now.”