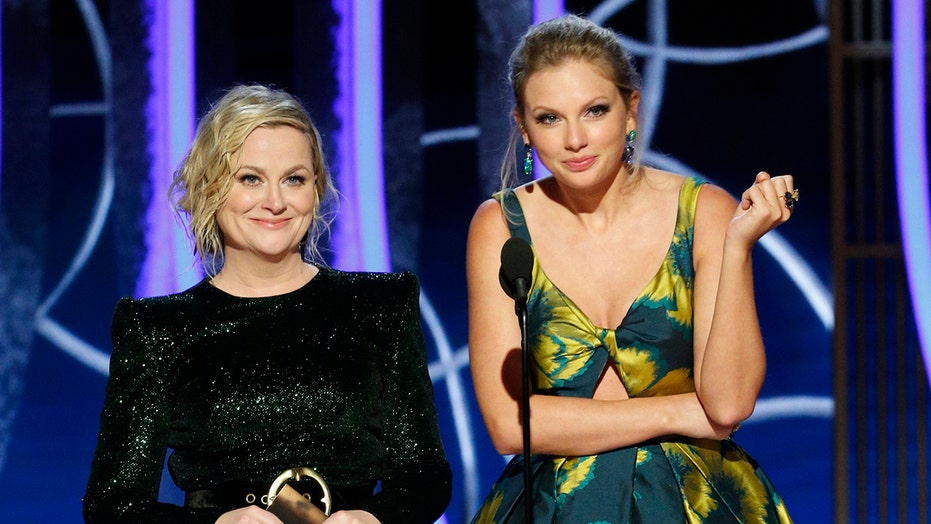 Taylor Swift and Amy Poehler presented together at the 77th Golden Globe Awards Sunday, seemingly bringing an end to some friction between them that began at the same event in 2013.

The duo took the stage together Sunday to announce the winner for the best-animated feature film. The celebrities engaged in some playful scripted banter with Swift, 30, saying, “Amy and I are excited about this next category because we both love animation.”

“Speak for yourself, Taylor,” Poehler, 48, responded. “I like movies about people, by people.”

Swift, flashing a look of confusion, then asked who the comedian thinks makes animated films.

“Tiny mice during the night,” Poehler responded confidently to laughs from the crowd.

The cute moment comes roughly seven years after Swift got upset with a joke made by Poehler and her then-Golden Globes co-host, Tina Fey. The former "Saturday Night Live" duo joked about Swift’s high-profile dating life at the time, with Fey warning her to stay away from Michael J. Fox’s son, Sam, who was escorting winners onto the stage that night.

“Or go for it,” Poehler joked, according to Us Weekly.

“No, she needs some 'me time' to learn about herself,” Fey shot back.

The joke got laughs from the crowd, but Swift wasn’t pleased. Months later, she told Vanity Fair that she didn’t appreciate the dig.

“You know, Katie Couric is one of my favorite people because she said to me she had heard a quote that she loved,” Swift noted. “‘There’s a special place in hell for women who don’t help other women.’”

The quote in question was from former Secretary of State Madeleine Albright.

Pohler responded to Swift with a statement to The Hollywood Reporter in which she said she felt bad if she hurt the singer's feelings.

“Aw, I feel bad if she was upset. I am a feminist, and she is a young and talented girl,” she said at the time. “That being said, I do agree I am going to hell. But for other reasons. Mostly boring tax stuff."