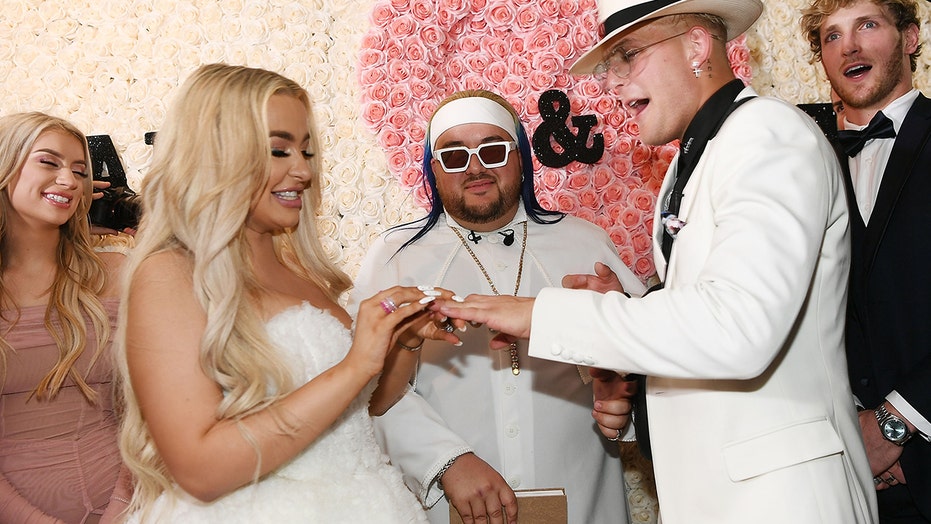 Mongeau, 21, announced the split on her Instagram late Thursday days after opening up about her happiness with the state of their relationship.

"ok i don't rly know how to do a 'we're taking a break' post & this is weird as f--k...i'm happy to still be able to sit with Jake and laugh as we do this- but for right now we both are taking a break to focus on our own very crazy lives...," she captioned a selfie of the pair lying down on a bed.

"i'll never know what the future holds and i will always love Jake and everything we did. i'm grateful to know throughout this i've made a best friend for life & found someone to do life with when no one understood me," the 21-year-old continued.

Mongeau then said 2020 is to "working on us," before joking that she also has inherited Paul's Lamborghini because "i get half of everything!" Mongeau and Paul, 22, did not make any mention of actually filing for divorce.

The split may not come as a shock to their fans since Mongeau opened up about her unhappiness with their relationship in a 40-minute-long video posted to her account on Monday. Titled "the truth about everything," the influencer revealed that she agreed to have an open relationship with Paul.

She also claimed "everything changed" once they tied the knot.

However, at the time of their nuptials, the two YouTube influencers left fans confused about whether or not the ceremony was legal. In an episode of her MTV YouTube show "Tana Turns 21," Mongeau confirmed in August that their wedding was merely a publicity stunt.

"Don’t get me wrong I think a wedding is a very serious thing but at the same time I don’t think Jake and I take things very seriously. I have a lot of love for him but it’s still something fun and lighthearted that we’re obviously doing for fun and for content," the YouTuber said at the time.

In the video, the seemingly fake couple discussed whether the marriage would be legal or not.

"This wedding is 100 percent legal on paper, right?" Mongeau asked an uncomfortable-looking Paul, who answered, "I don’t know if we can talk about that though because we should make it seem like it is." Per Page Six, the pair did not file a marriage license.