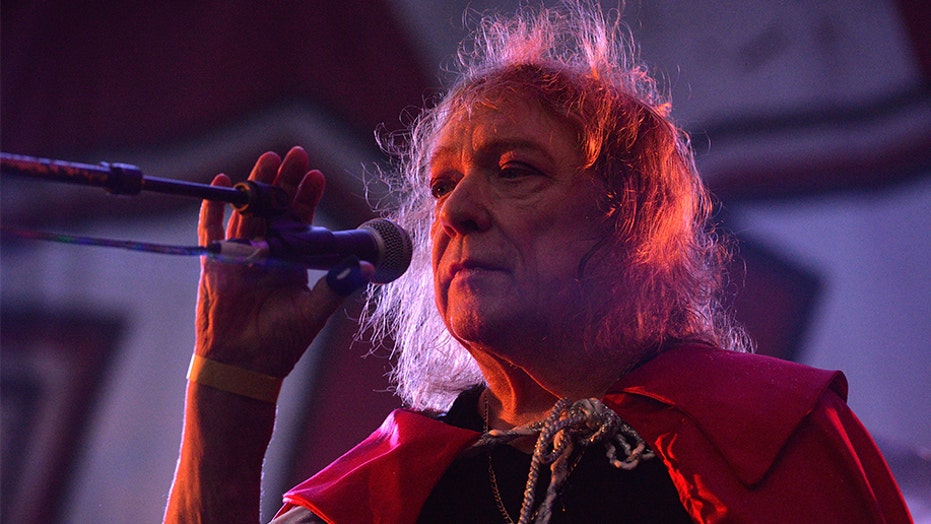 Steve Priest, founding member of and bassist in the British rock band The Sweet, has died. He was 72.

"After being admitted to the hospital in February with pneumonia his lengthy illness had made him very weak," Maureen said via email on Thursday. "He died peacefully and with dignity, his heart just couldn’t keep up with his body and more."

The band also confirmed the news on its Facebook page on Thursday in a note written by Andy Scott, the last living member of the band's best-known lineup.

Steve Priest of The Sweet in a rehearsal room, United Kingdom, 1979. (Photo by Dick Barnatt/Redferns)

"Then there was one! I am in pieces right now. Steve Priest has passed away," Scott, 70, wrote. "His wife Maureen and I have kept in contact and though his health was failing I never envisaged this moment. Never. My thoughts are with his family x."

The band's lineup also consisted of Brian Connolly, who died in 1997, and Mick Tucker, who passed in 2002.

"He was the best bass player I ever played with. The noise we made as a band was so powerful," Scott continued.

"From that moment in the summer of 1970 when [we] set off on our Musical Odyssey the world opened up and the rollercoaster ride started! He eventually followed his heart and moved to the USA. First New York then LA."

Scott concluded with: "Rest in Peace brother. All my love."

The post also contained a pair of pictures of Priest with his bandmates.

Preist and his glam rock band rose to fame in the 1970s and have boasted hits like "The Ballroom Blitz" and "Fox On the Run."

In addition to his wife, Priest is survived by daughters Lisa, Danielle and Maggie, and three grandchildren.