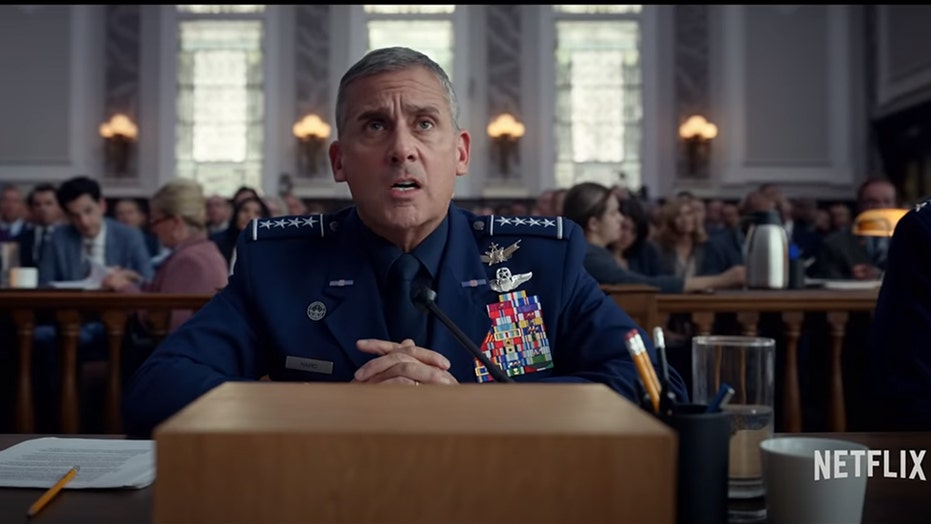 A biography of the fictional Gen. Mark R. Naird played by Steve Carrell in the Netflix comedy series "Space Force" was used to replace a photo of the real-life chief of the actual Space Force, Gen. John Raymond, at the Air Force Museum in Ohio in an apparent prank-gone-viral.

The photo of Carrell was reportedly taped over that of Raymond and was accompanied by a fake biography at the National Museum of the United States Air Force at the Wright-Patterson Air Force Base near Dayton, Task & Purpose first reported.

"Gen. Mark R. Naird assumed the duties as the first Chief of Space Operations, United States Space Force, on Dec. 20, 2019," the new bio read. "The U.S. Space Force is responsible for providing resilient, defendable and affordable space capabilities for the Nation and the Joint Force. It is the duty of the U.S. Space Force to protect the interests of the Unites [sic] States in space; deter aggression in, from and to space; and conduct prompt and sustained space operations."

An active-duty airman posted the photo on a Reddit thread after a friend visited the museum, noticed it and shared it with him, according to the military news site.

The museum is currently closed to the public due to the coronavirus pandemic. A spokesperson told Task & Purpose the photo "was an attempt by museum employees at a creative and humorous prank” while exhibits are being updated during the closure.

“The Museum has updated its Air Force Leadership display to reflect the standup of the Space Force," the museum said.

The "Space Force" series lifts off on Netflix on May 29.