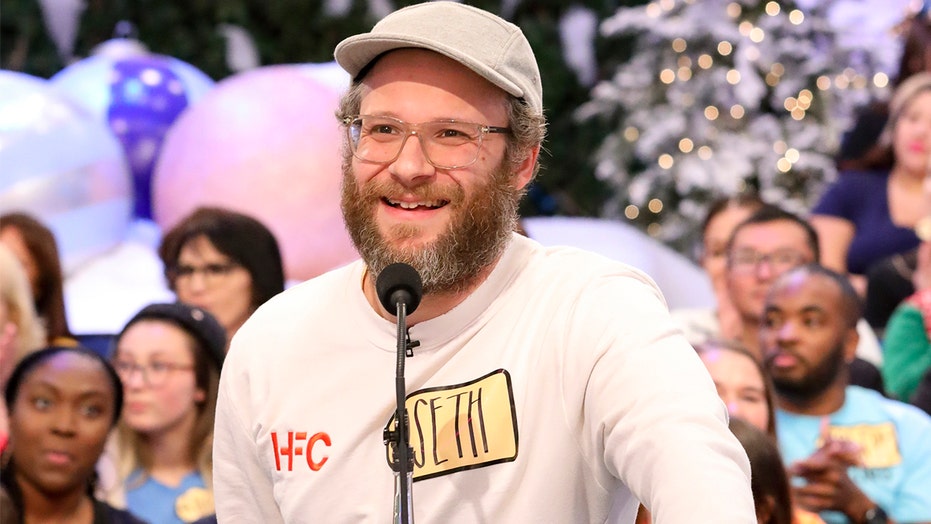 Seth Rogen checked an item off his bucket list and made a surprise appearance on “The Price Is Right,” all for a heartwarming cause ahead of the Christmas holiday.

The funnyman took to Instagram on Monday and shared a photo of himself on location for the CBS game show. “I’m on ‘The Price Is Right’ tonight and I f--king crushed it,” Rogen, 37, captioned the snap.

Appearing on behalf of Hilarity for Charity -- an organization Rogen founded in 2012 with his wife Lauren Miller Rogen that raises awareness and helps fund research for Alzheimer’s disease -- Rogen couldn’t contain his excitement as he gave it his all in games such as “Cliff Hangers,” “Switch” and “That’s Too Much.”

The Canadian comedian even offered some friendly banter with contestants, per Us Weekly, urging one player: “Don’t let me down!”

For his part, the Emmy-nominated writer raised a remarkable $69,000 for the couple’s charity.

Rogen spoke openly about their decision to introduce Hilarity for Charity in a 2017 interview with InStyle, explaining that Miller’s mother was diagnosed with the debilitating illness at age 55 and the pair jumped at the chance to help in whatever capacity they could.

“Every time I visit my mother-in-law, I’m shocked that what I’m seeing is the result of this disease. Alzheimer’s is brutal,” the "Lion King" star told the outlet at the time. “I mean, it’s associated with losing your memory, but you don’t just forget who people are; you also forget how to talk, how to eat, how to do everything. That’s hard to wrap your head around until you actually see it.”

The duo launched Hilarity for Charity just a year after they married in 2011 and little did they know that their impact would certainly be felt, as Rogen said he and Miller merely wanted to raise awareness and “help find a cure” for the disease.

Rogen even aired a comedy special on the popular streaming giant Netflix in 2018 called “Seth Rogen’s Hilarity for Charity,” which brought out the likes of comedians Tiffany Haddish and Kumail Nanjiani.

“The Pineapple Express” star further maintained that the charity “slowly grew into something much bigger” than he and Miller ever envisioned, having raised more than $11 million to date, according to the organization’s website.