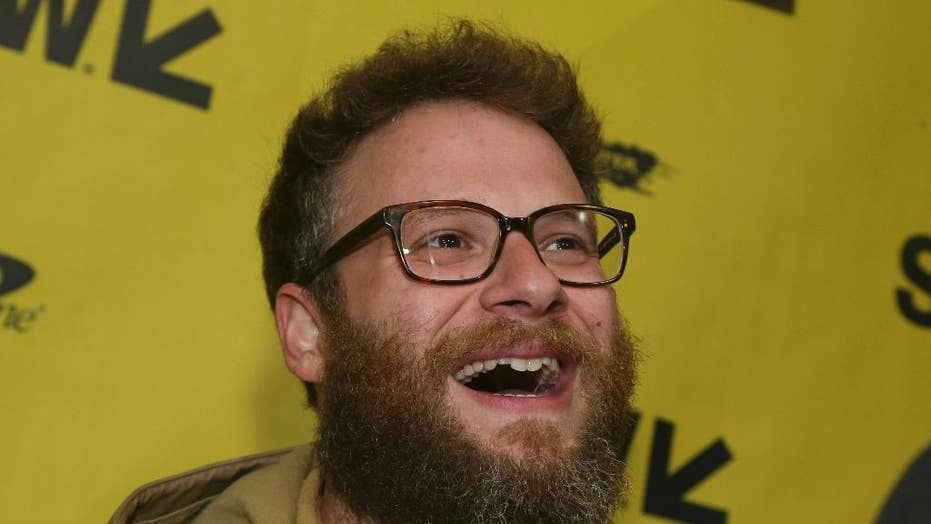 Seth Rogen's Twitter-famous mom has struck again, tweeting a few days ago about her sex life with Seth's dad, Mark.

Sandy is notorious for her hilariously personal tweets, oftentimes tweeting about sex or other random daily thoughts.

Fans tweeted back with funny comebacks, warning her famous son.

"Dear Seth, Today is not the day to check in on Moms Twitter," one user tweeted.

Another user wrote, "Please get your mother @Sethrogen."

Other Twitter users responded with amusing Seth Rogen gifs, which show the actor in several animated states of shock or disgust.

Sandy often gets involved in her son's online activities and has built a fan base on the internet due to her amusing tweets.

This past May, the "Long Shot" actor, who has a close relationship with his mom, took Sandy to a taping of "Watch What Happens Live," along with his co-star Charlize Theron and her mother.

Seth Rogan shed some serious pounds for his role in "The Green Hornet" and is now half the man he used to be! (AP)

This year, Rogen, 37, was the voice behind Pumbaa in the "Lion King" remake and appeared in TV series such as "Drunk History," "Future Man," "The Twilight Zone" and Amazon Prime's "The Boys."

The Canadian-American comedian has several movies slated, including "An American Pickle" and "King Of The Jungle," a drama/comedy about the rogue software engineer and former NASA programmer John McAfee.