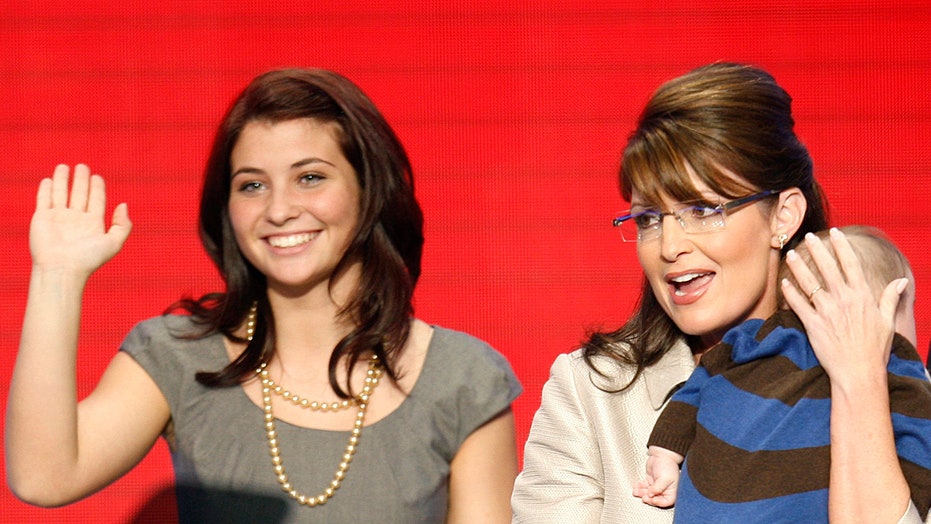 Sarah Palin is expecting two more grandchildren by the end of this year.

The former governor of Alaska’s second-eldest daughter, Willow Bailey, announced Monday that she is pregnant with twins.

“@rickyb901 and I are so excited to welcome TWO little babies into this world!” the 24-year-old wrote on Instagram with the hashtag: “#TWINS."

The announcement was accompanied by a picture of various plant branches, an ultrasound, what appears to be two folded onesies and a framed sign with the words: “And then there were four. Baby Bailey’s arriving December 2019.”

Palin commented on the post with a series of emojis and the words: “ECSTATIC & BLESSEDx2” in all caps.

The 55-year-old politician also posted about the pregnancy announcement with a video montage showing various stages of her daughter and son-in-law’s relationship.

Willow reportedly gave a shout out to Piper on her Instagram story, saying her younger sister gave her the two onesies featured in her pregnancy announcement.

Sarah Palin's second-eldest daughter Willow, 24, announced she is pregnant with twins. Willow (left) and Palin (right) are pictured in 2008 when the former Alaska governor was running as the Republican vice presidential candidate.  (Reuters)

"@piper.p always coming through with the presents and the set up of this pic," she wrote on her story, according to DailyMail.com. "Everyone needs a pipe in their life."

The twins will be Willow’s first children. She and her husband Ricky were married in October 2018.