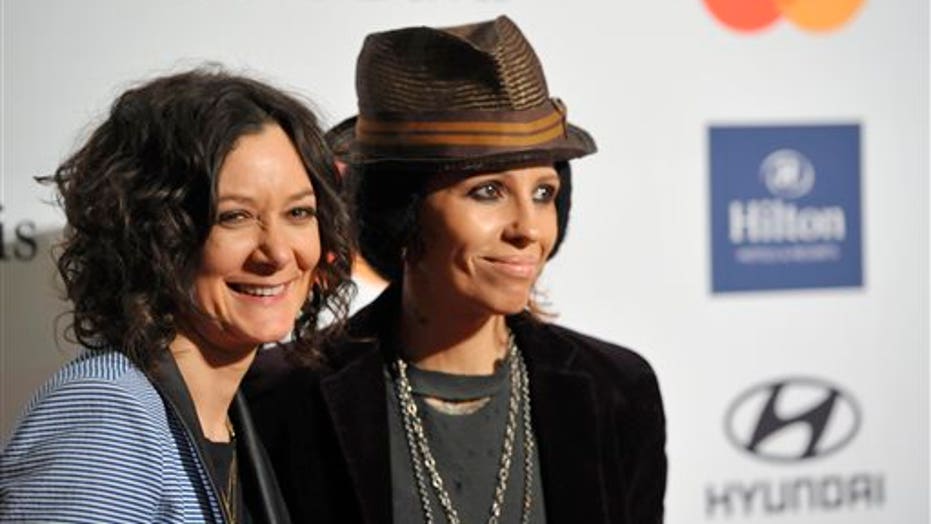 Sara Gilbert and Linda Perry are separating after five years of marriage, according to TMZ.

Additionally, the “Roseanne” star requested that no spousal support be awarded to either Perry or herself. Perry is the lead singer of the ‘90s rock band, 4 Non Blondes and has built a successful career as a songwriter, having worked with the likes of Christina Aguilera, Gwen Stefani and Pink. Perry has also founded two record labels in her time in the music business.

The former pair wed in March 2014 in a ceremony before the couple welcomed their son, Rhodes Emilio Gilbert Perry, in February 2015. Gilbert also has two children from a previous relationship with Allison Adler.

Gilbert, who helped create and co-hosts the daytime talk show, “The Talk,” announced in April that she would be leaving the program to spend time with her family. She was also busy at the time filming the “Roseanne” spinoff, “The Conners.”