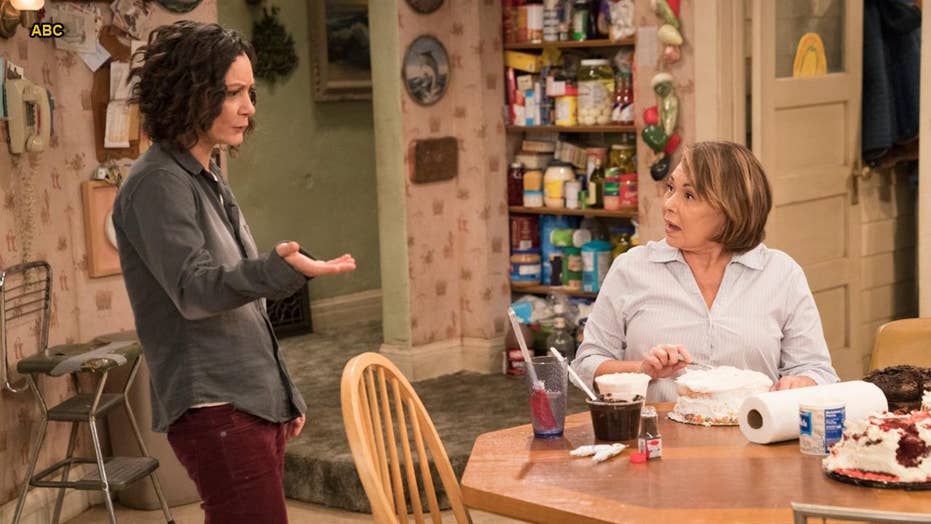 It’s been nearly 10 months since ABC made the highly controversial decision to cancel the revival of “Roseanne.” Now, Roseanne Barr herself is getting candid about who she blames for the whole ordeal — co-star Sara Gilbert.

As previously reported, the network abruptly pulled the plug on the revival of “Roseanne” after its titular star tweeted a racist remark comparing former President Obama's aide Valerie Jarrett to the “Muslim brotherhood” and “Planet of the Apes.”

At the time, Barr apologized and took responsibility for her actions, explaining that a dose of Ambien played a role in the incident. She even agreed to step aside so that a spinoff, “The Conners,” could happen without her benefitting creatively or financially.

ROSEANNE BARR SLAMS ABC'S 'S---, F---ING, LOW-RATED NETWORK' FOR FIRING HER AND KILLING OFF HER CHARACTER

However, in a recent interview with The Washington Post, Barr seems to have changed her tune. She notes that a tweet from Gilbert that came 27 minutes before the cancellation of the show was announced still sticks with her as what “destroyed” everything.

“Roseanne’s recent comments about Valerie Jarrett, and so much more, are abhorrent and do not reflect the beliefs of our cast and crew or anyone associated with our show. I am disappointed in her actions to say the least,” Gilbert’s tweet at the time read.

“She destroyed the show and my life with that tweet,” Barr told the outlet in a recent interview, right before making a “Silence of the Lambs” reference about her former co-star. “She will never get enough until she consumes my liver with a fine Chianti.”

Representatives for Gilbert did not immediately respond to Fox News’ request for comment. However, she gave a brief statement to the Post about the jab from her former TV mom.

ROSEANNE BARR TALKS JUSSIE SMOLLETT, CALLS OUT ALYSSA MILANO AND DEMOCRATS: 'YOU'RE NOT GOING TO BE FORGIVEN'

Roseanne Barr says she blames Sara Gilbert for the cancellation of her show. (ABC)

“While I’m extremely disappointed and heartbroken over the dissolution of the original show, she will always be family, and I will always love Roseanne,” she said.

Barr also revealed that she still has an ax to grind with regard to how “The Conners” came about. She claimed to the outlet that she was told by the show’s executive producer, Tom Werner, that she would be a hero if she signed over her rights to the characters and saved the jobs of the people who would be fired in the wake of the series revival’s cancellation. She claims he told her he would go out and say she’s not a racist and even keep the door open for her to return someday.

However, those hopes were dashed when the Roseanne character was killed off by way of an opioid overdose in the first episode of the spinoff.