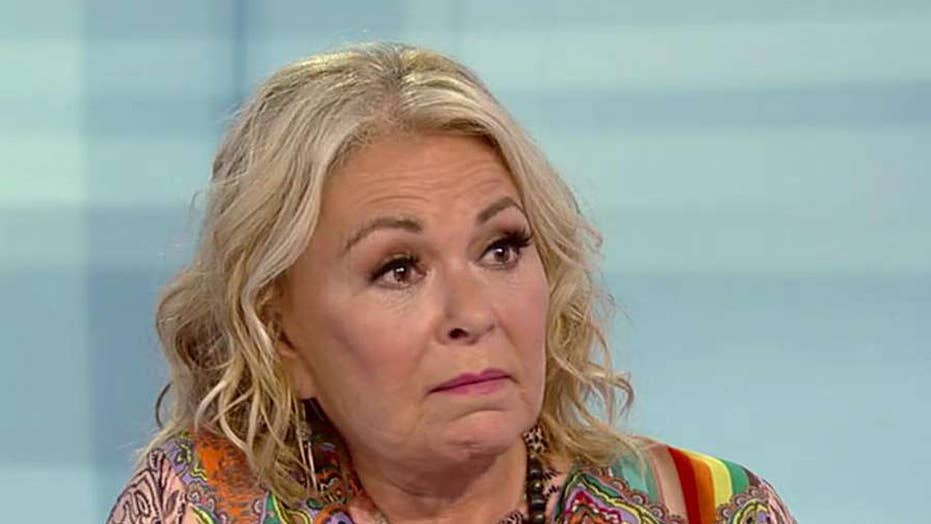 Roseanne Barr: I know who I am; I am not a racist

On 'Hannity,' Roseanne Barr opens up about seeking mental health treatment, the support she's received from her fans and her political views.

Roseanne Barr made an appearance on actor-comedian Joe Rogan's podcast Thursday and discussed her ousting from ABC in May 2018.

The 66-year-old comedian said the experience was “the worst, most horrible thing I’ve ever been through" but revealed there was tension between her and network execs for many months before their public feud.

Barr was fired after she sent a racist tweet about Valarie Jarrett, a former aide to President Barack Obama. ABC quickly condemned her tweet and called it “abhorrent, repugnant and inconsistent with our values.”

Barr wasn't completely taken aback by the firing because she admitted that before all the drama, she was told by execs not to say anything "offensive."

“That’s kind of what killed the comedy thing for me. I was told that me getting in trouble one more time, I wouldn’t have my reruns anymore. And I live on that [income], you know?” she said. “I asked for it to be defined… They said, ‘You know what it means.'” 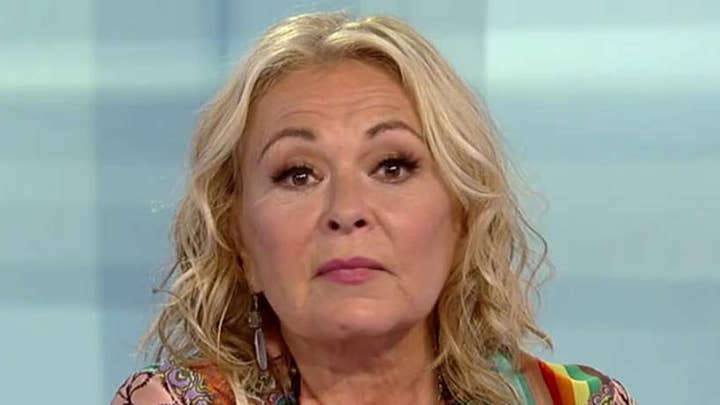 After "Roseanne"'s cancellation, other networks such as Viacom's Paramount Network, TV Land and CMT confirmed they would not air reruns of her show.

The Laff network also announced it was pulling reruns.

ROSEANNE BARR OPENS UP ABOUT HER LIFE AT HOME FOLLOWING HER FIRING FROM ‘ROSEANNE’: ‘I’VE GOT A LOT OF TIME FOR REAL LIFE STUFF’

"While we believe viewers have always distinguished the personal behavior of the actress Roseanne Barr from the television character Roseanne Conner, we are disgusted by Barr's comments this week," the network said in a statement at the time. "Therefore, we are removing the original 'Roseanne' series from the Laff schedule for the time being, effective immediately."

And Barr's talent agency, ICM Partners, dropped her as a client because of the tweet.

Roseanne Barr (R) and Sara Gilbert on the set of "Roseanne" before it was canceled.  (ABC)

The entertainer explained that she believed her termination and the cancellation of "Roseanne" was also politically motivated.

“It’s all because I said that I like [Donald] Trump,” she told Rogan. “A lot of cabals in Hollywood, that’s all they needed to hear: ‘She must be destroyed.'”

ROSEANNE BARR'S FATE ON 'THE CONNERS' REVEALED IN SEASON PREMIERE

"It took about five minutes to know what we had to do," he told Oprah Winfrey on "Super Soul Sunday." "It seemed completely insensitive, completely disrespectful. It was very clear. The decision, it was easy to make."

"What she had done was very, very clear. I didn’t believe any context could make this better or acceptable or could result in us forgiving her. So we did it. And you also know, in today’s world, if there’s a decision to be made by you, make it — because otherwise the world will make it for you, and that’s never good.”

The network did order a spinoff series, "The Conners," with the rest of the cast rehired. It's currently in its second season on ABC.

Barr later apologized for her words. "I apologize to Valerie Jarrett and to all Americans. I am truly sorry for making a bad joke about her politics and her looks. I should have known better. Forgive me-my joke was in bad taste," she said in a statement.