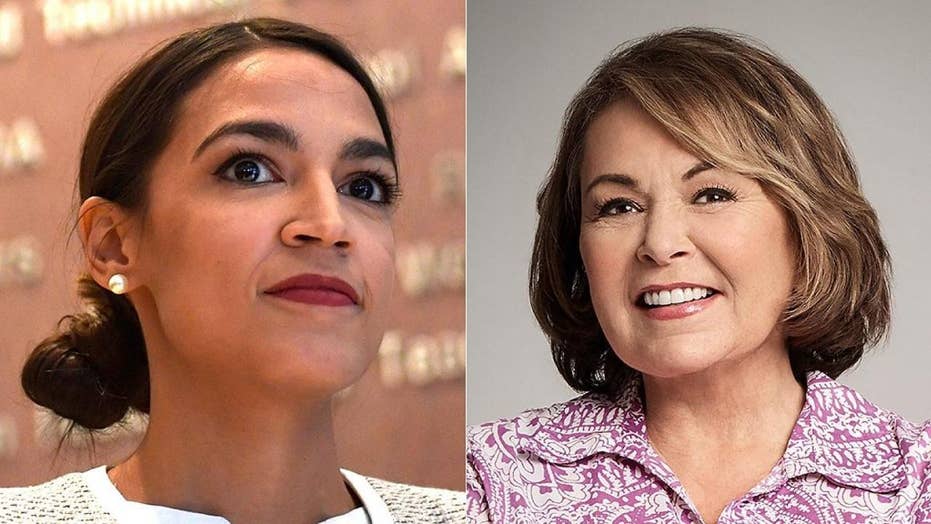 Barr posted the nearly two-minute video over the weekend on her channel, which has more than 104,000 subscribers. She never mentions the New York congresswoman by name — instead, the actress references to Ocasio-Cortez as the person who introduced the Green New Deal, an economic stimulus package designed to tackle income inequality and climate change.

“That Green New Deal...Farrakhan-loving b---h. I don’t remember her name. The bug-eyed b----h who looks like a realtor,” Barr says in the video while chewing gum and widening her eyes toward the camera. Barr was referring to Louis Farrakhan, the leader of the Nation of Islam who has a history of making anti-Semitic comments.

“She got them realtor eyes. She got 'em,” the 66-year-old actress adds. “Bug-eyed lyin’ b---h. Farrakhan fan. Israel hater. Lefty. Dumbass, dumb as they get.”

Barr then says she was going to attempt to “correct some of the mistakes” Ocasio-Cortez has made.

“I’m gonna try to correct some of the mistakes she’s made like costing hundreds of people decent-paying jobs ‘cause, I don’t know, they breathe carbon in the air or some horses--t,” Barr says in the video.

The controversial actress then went on a rant about socialism, calling it a “Ponzi scheme and a con game.”

Barr received major backlash in May for her tweet about former President Obama's senior adviser Valerie Jarrett, who she described as if the "Muslim brotherhood & planet of the apes had a baby."

She apologized for the tweet and said she was "so sad that people thought" her tweets about Jarrett were "racist."

ABC ultimately canceled her show, “Roseanne,” as a result of the scandal, and launched a spinoff called “The Conners” without Barr.