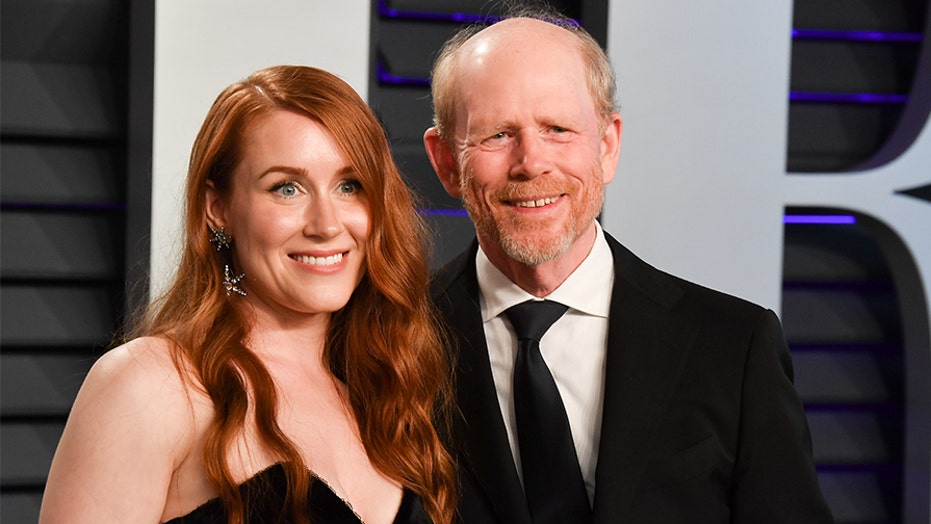 EXCLUSIVE: As a child, Paige Howard knew something was different about her family.

The 35-year-old is the daughter of actress Cheryl Howard and filmmaker Ron Howard. Despite her Hollywood roots, Howard said her parents were determined to provide as normal of an upbringing as possible.

“Some of my earliest memories involved me thinking ‘that’s strange’ whenever there was a crowd of people or a lot of attention coming our way,” she told Fox News. “I registered it as, ‘Hmm, this is different.’ But when we were growing up and really young, our parents worked very hard to keep us in a bit of a bubble so we didn’t feel overly exposed to all of that.”

Howard said it wasn’t until she was about 9 years old that she started to have conversations about what her father, now 66, did for a living.

But showbiz has become a family endeavor, of sorts. Howard’s older sister, Bryce Dallas Howard, is now an actress and a filmmaker. Their sibling Jocelyn Howard made an appearance on “Arrested Development” in 2008. Their brother Reed Howard, a pro golfer, is also a YouTuber. Howard herself is also an actress and is starring in Nickelodeon’s new series, “The Astronauts,” where the patriarch serves as one of the executive producers.

Howard said that when she decided to pursue acting, the former “Andy Griffith” and “Happy Days” star was happy to share fatherly advice. Growing up, one of Ron’s most trusted friends and mentors was George Lucas, who directed him in 1973’s “American Graffiti.” Ron would later direct 1988’s “Willow” from Lucas’ story.

Ron has led a decades-long directing career in Hollywood. His first day directing a feature film, “Grand Theft Auto,” came the day after his 23rd birthday.

“He absolutely gave me advice,” said Howard. “I think we all lean on each other for advice. Bryce, my dad, my mom -- we all do. I’ve definitely reached out to all of them for advice on my career, as well as life, of course. I do it several times a week.

“Of course, there was a part of myself that wanted to go off and explore other things and make sure that acting was really what I wanted to get into for myself, not just because that’s what was familiar to me,” she continued. “I’m grateful that I did that. I worked at the Bowery Hotel for a couple of years. I wanted to get into the workforce and really feel what it felt like to work a typical 9-5 job. I ultimately decided that the creative avenue was the one that I wanted to take.

“Initially, when I was really young, I was like, ‘Yes, I want to be an actress,’” she said. “And then as I got a little older, I was like, ‘I’m going to rebel against this and try other things.’ Now I’ve come home to acting again and it’s really, really fun. It’s definitely my career choice."

A press release describing the movie says "the spacecraft Odyssey II is set to launch on a mission to retrieve a foreign object that could potentially save mankind. However, the plan quickly goes awry when five untrained children use their parents’ security clearances to sneak onto the empty ship.

"After the children board, the  AI system triggers the launch sequence. The kids, unable to stop the ship from blasting off, must now take on their new roles as astronauts and embark on harrowing tasks as their parents attempt to find a way to bring them back home."

“I’ve done some voice work, but not a ton,” she admitted. “I loved the script. I loved that it was about a bunch of really intelligent kids with a lot of curiosity about science and going to space. The combination of all those things immediately drew me in and I’m so thankful that I was able to do it.”

“That’s something I feel this show does really well,” she said. “You can watch it as an adult, a teen, or if you’re 7 or 8. It appeals to all audiences. Because so many of us are in our homes and not spending a whole lot of time outside and with other people, it’s a show where you can sit down and enjoy as a family. It becomes a really special and meaningful experience.

“It really takes you on such an adventure,” she added.

The first two episodes of ‘The Astronauts’ premieres Nov. 13 at 7 p.m. ET on Nickelodeon. The Associated Press contributed to this report.