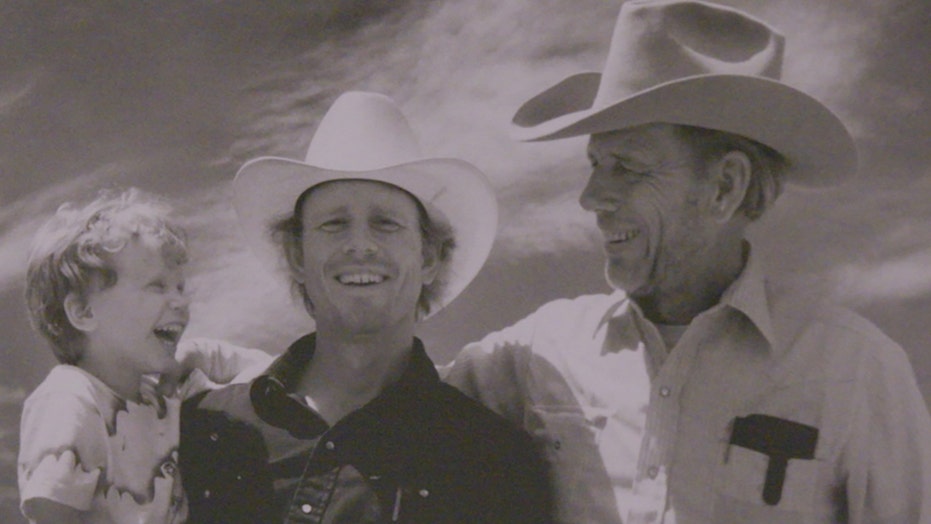 Actress and producer Bryce Dallas Howard celebrates fathers, including her own, Ron Howard, in new Apple TV Plus documentary 'Dads.'

Even Bryce Dallas Howard turns to her father for advice.

The 39-year-old actress recently made her feature film directorial debut with the Apple TV+ documentary "Dads," focusing on modern fatherhood, which includes a glimpse into her own life with her father, Ron Howard.

Howard spoke to Fox News about how the film came to be and recalled her dad, an Oscar-winning director himself, offering up some advice.

"I was open to sharing a more personal side to our family from the get-go because my grandfather had passed away and so much of his legacy was who he was as a father and a grandfather and a great-grandfather," Howard recalled, noting that she found footage that she had previously filmed.

"My dad was like, 'No. No, no, no, no, no, no, no. Nobody wants to see the movie that is Bryce saying 'I love my dad,''" she recalled her father saying. "I heard him, but while I was filming, I kept saying we need an expecting father. We need to see a father go through that transformation, going from not having a kid to having a kid."

Luckily for Howard, someone near and dear to her was a father-to-be: her brother.

"When I found out that my brother was gonna have a baby with his wife, I was like, 'Would you be in my documentary?' And they graciously said yes," the "Jurassic World" star said. "It just made sense at that point [to include Ron], just if nothing else, to contextualize my brother's story to include my grandfather and ultimately my dad."

Bryce went on to say that she was inspired to make the film as a "product of generations of super devoted, committed, present fathers."

To make the film, Howard said that she turned to stand-up comedians -- who she called "our modern-day philosophers" -- and bloggers in order to celebrate "the modern dad."

"Dads" is available to stream on Apple TV+.