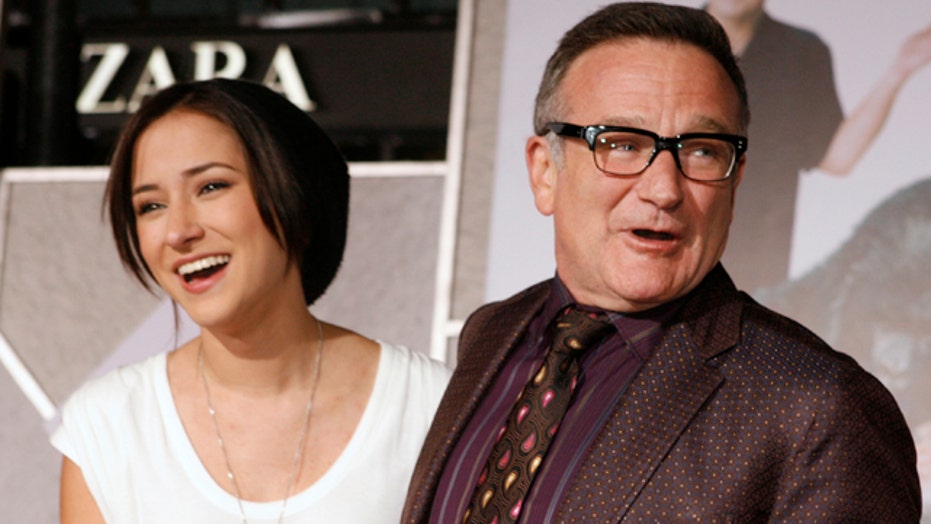 An actress herself, Williams announced that in honor of what would have been her father's 69th birthday, she would be donating to various homeless shelters.

"Today would’ve been Dad’s 69th birthday, so to honor him (& that glorious number), I will be donating $69.69 to as many local homeless shelters as I can," Williams, 30, wrote on Twitter. "Join me if you like, but regardless, know I am wishing you all at least one hearty, immature belly laugh on Dad today."

In a string of follow-up tweets, Williams revealed a number of charities that she'd sent donations to.

In one of her tweets, the "Were the World Mine" actress noted that her charges may seem a bit suspicious on paper.

"Also, my credit card company is gonna think something is seriously wrong soon," she joked. "Onwards!"

Robin Williams poses with his daughter Zelda Williams in 2009. (Reuters)

After making several donations, Williams told fans that she did, in fact, hear from her credit card company.

"Welp, got the 'suspicious activity' email, so gonna have to slow down on 69s and go talk to a robot for a bit," she tweeted. "Gonna go back to being off socials for awhile [sic.] (as I do yearly), but thanks for joining me in honoring Dad (and the number 69) today!"

Robin died in 2014 by suicide at the age of 63. The coroner's report stated that he was suffering from Lewy body dementia, while his wife said he had Parkinson's disease.