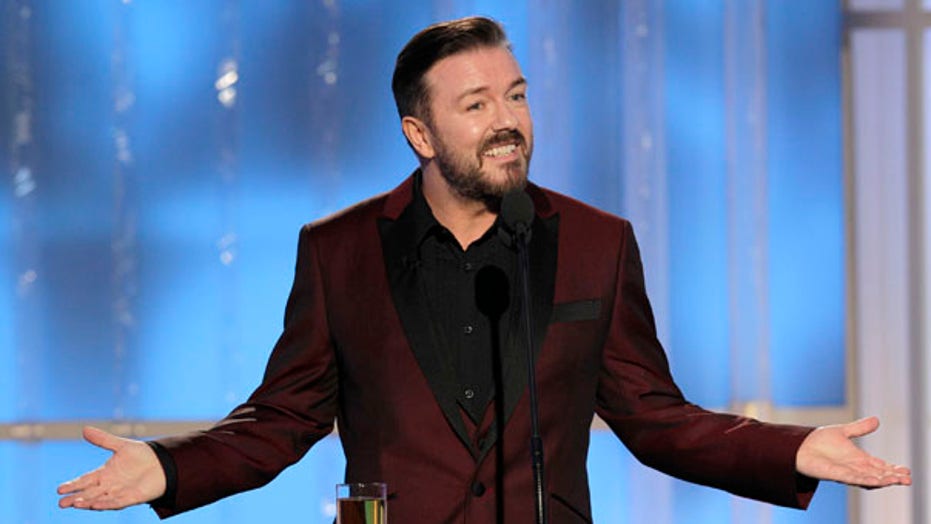 Ricky Gervais isn't the type of comedian who looks back on his past jokes with regret — but there is one moment from the 2011 Golden Globes that he does wish he could take back.

While hosting the awards show, he introduced actors Tom Hanks and Tim Allen and in the process insulted the "Home Improvement" star after praising Hanks' long list of career highlights. Gervais admitted to The Hollywood Reporter that Allen "took [the joke] the wrong way."

"I’m teasing Tim Allen. But anyone standing next to Tom Hanks, unless it’s Dustin Hoffman or Robert Redford or Robert De Niro, that could be me. But it happened to be Tim Allen. And I have nothing against Tim Allen. He’s a good actor. He’s probably a nice bloke," he said.

2020 GOLDEN GLOBE NOMINATIONS: 'GAME OF THRONES' LAGS AS 'MARRIAGE STORY' AND 'THE POLITICIAN' GET NODS

"So even though there’s no malice and I can justify it comedically and everyone laughed, I didn’t want Tim Allen to think, ‘Oh, that was written for me. Why me?’ Well, because you were standing next to Tom Hanks," Gervais added.

The 58-year-old Brit is back as this year's Golden Globes' emcee and said he is changing up his comedy a little but not going after any one person in particular.

It'll be the fifth time Gervais hosts. "It's fun... I try and make it a spectator sport. I try and play the outsider," he explained.

"The Office" creator also described his joke writing process and how he's paying more attention to the gravity of his words this time around. "I start writing immediately [after getting the job]," he said. "Before I decide to do it, I have to go, "Have I got anything? What's happened?" … I write jokes and they're considered and I make sure they're bulletproof.

"Nowadays, you've got to make sure they're bulletproof in 10 years' time, with people going through saying, 'He said this once, 10 years [ago],'" Gervais said, citing Kevin Hart's Oscar controversy last year. "There's more pressure on making [the jokes bulletproof]. It's the world [watching]. This isn't me in a comedy club."