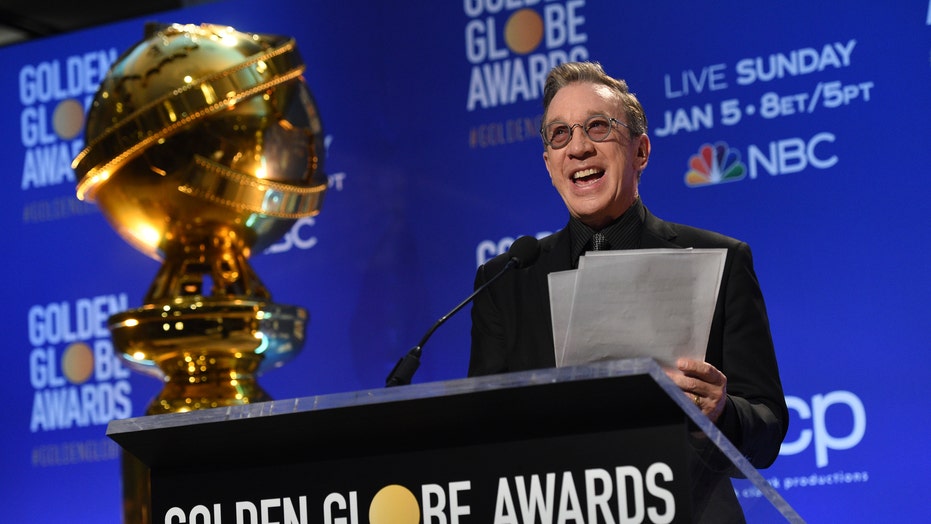 The Hollywood Foreign Press Association revealed the people and projects that will be celebrated at the 2020 Golden Globe Awards by announcing the nominations for the 77th annual show.

Tim Allen, Dakota Fanning and Susan Kelechi Watson gathered to announce the nominations for the Jan. 5 show, which honors achievements in both film and television. Following the announcement of nominees for many of the awards, the top categories were reserved for an announcement on the “Today” show.

Many were surprised that one of the most talked-about shows of 2019, "Game of Thrones," was not nominated as a series. Instead, the Hollywood Foreign Press Association opted for newer series such as Apple TV's "The Morning Show" and Netflix's "Unbelievable." "Marriage Story" led the nominations with a total of 6, including the highly coveted best film category for drama.

Meanwhile, films like "Joker" and "The Irishmen" cleaned up when it came to nominations in the movie category.

Best motion picture, musical or comedy: “Dolemite Is My Name”; “Jojo Rabbit”; “Knives Out”; “Once Upon a Time ... in Hollywood”; “Rocketman.”

Kit Harington was nominated for a Golden Globe for his part in 'Game of Thrones,' but the show itself was not nominated in the major category. (HBO via AP)

Best supporting actor in a motion picture: Tom Hanks, “A Beautiful Day in the Neighborhood”; Anthony Hopkins, “The Two Popes”; Al Pacino, “The Irishman”; Joe Pesci, “The Irishman”; Brad Pitt, “Once Upon a Time ... in Hollywood.”

PIERCE BROSNAN'S SONS TO BE NEXT GOLDEN GLOBE AWARDS AMBASSADORS