British comedian Ricky Gervais continues to roast Hollywood’s elites whom he believes are becoming lecturers to the general public amid the global coronavirus pandemic and should simply stop trying to tell others what to do.

"I've got nothing against anyone being a celebrity or being famous," he told the New York Times in an interview published on Thursday. "I think that people are just a bit tired of being lectured to. Now celebrities think: 'The general public needs to see my face. They can't get to the cinema – I need to do something.' And it's when you look into their eyes, you know that, even if they're doing something good, they're sort of thinking, 'I could weep at what a good person I am.' Oh dear." 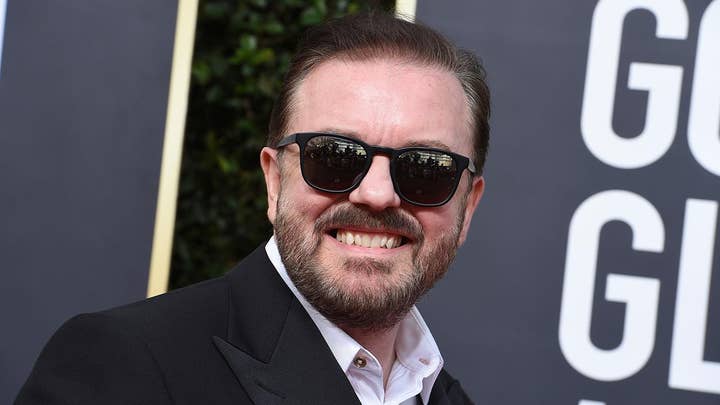 Gervais, 58, sent shockwaves through social media when he shaded a room full of A-listers at the Golden Globe Awards in January. Gervais’ message at the time was that many celebrities were being too preachy and were much too out of touch to speak on issues plaguing the common man.

He told the Times that he strategically navigates the fine line between putdowns and offered an interesting take what it means to be a “court jester” and admitted that while he can get away with the jokes he makes on stage, he knows he likely won’t be lambasted for doing so.

“No, the world hasn’t changed. No one looks at me differently. And I’ve got nothing against those people, really,” he explained when asked of his growing conservative fan base. “I think that’s the mistake people make: They think that every joke is a window to the comedian’s soul — because I wrote it and performed it under my own name, that that’s really me. And that’s just not true. I’ll flip a joke halfway through and change my stance to make the joke better.”

He continued: “I’ll pretend to be right-wing, left-wing, whatever wing, no wing. I’ve got to go after the richest people in the room, and NBC and the Hollywood Foreign Press [Association, which organizes the Golden Globes]. I’ve got to be a court jester, but a court jester’s got to make sure that he doesn’t get executed as well. I’ve got to make all the peasants laugh at the king, but the king’s sort of got to like it.”

The funnyman said he was taken aback by the uptick in support from right-leaning backers but said he wasn’t aware of it until “a couple of disgruntled liberal elites suddenly said, ‘Oh, Gervais is alt-right now.’”

“And I went, what? What’s right-wing about taking the mickey out of the richest, most powerful corporations on the planet?”

Prior to Gervais’ conversation with the Times, numerous celebrities have showered the internet with videos starring themselves from the confines of their homes or their chosen quarantine quarters.

Actress Gal Gadot led an A-list cast of characters in the singing of John Lennon’s record “Imagine,” which included Mark Ruffalo, Maya Rudolph, Natalie Portman, Will Ferrell, Chris O’Down, Amy Adams and a slew of others. 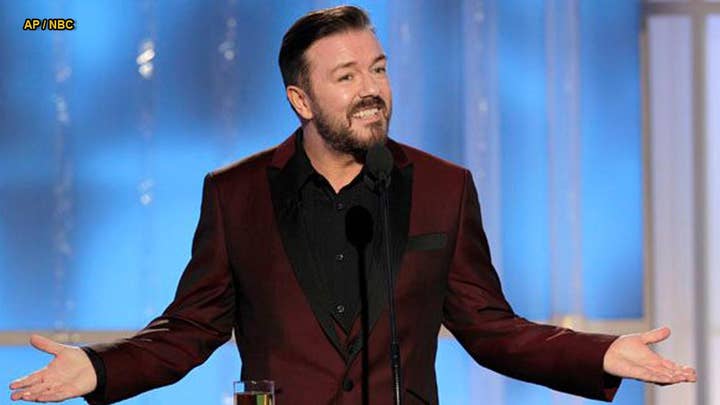 Elsewhere, pop music icon Madonna shared a series of video clips to social media of herself singing into a hairbrush while in quarantine encouraging others to “#becreative.”

Meanwhile, actress and model Emily Ratajkowski took to Instagram last month to share a photo of herself – donning just a housecoat and underwear – while lying on the floor and holding onto her dog, Colombo.

"He’s so sick of the snuggles," she said of her pup.