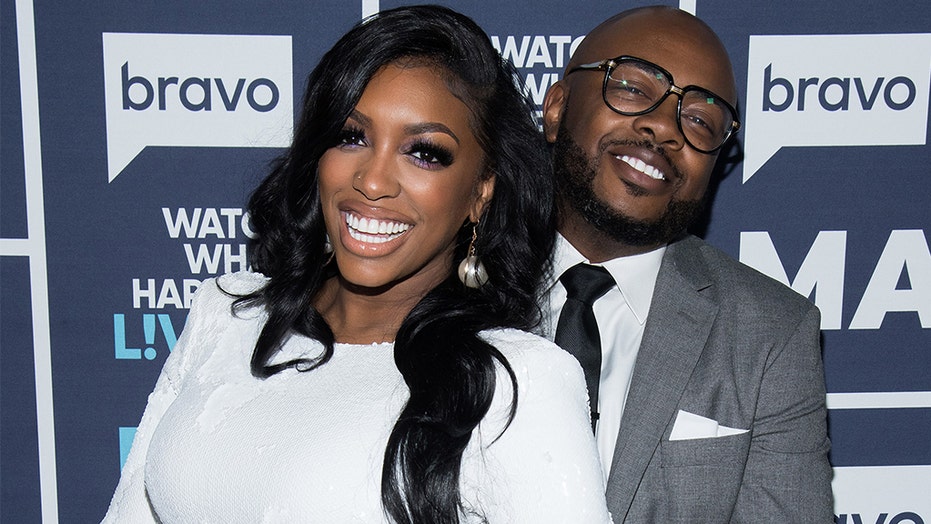 “Real Housewives of Atlanta” star Porsha Williams’ ex-fiancé Dennis McKinley claims he was a victim of racial profiling when he was allegedly accused of stealing a sandwich after he says he stopped for lunch during a doctor’s visit to Emory Healthcare in Atlanta, Ga. on Saturday.

McKinley aired his grievances in a lengthy Instagram caption accompanied by a video, which appears to show him handcuffed and sitting on a chair in the establishment, photos that show redness on McKinley’s raised skin and a receipt, which includes the purchase of a soda and two chicken sandwiches.

The backside of the receipt also appears to read information McKinley jotted down about the officers he encountered.

“Yesterday I was accosted by a super aggressive Emory police officer #BethWalsh badge #215 who racially profiled me and falsely accused me of stealing a $4 sandwich,” McKinley wrote on Saturday. “I had a receipt which could have easily ended her inquiry. There was a cashier that could have easily verified that I paid for everything I had.”

“There were a number of easy resolutions that could have deescalated the unnecessary racial profiling and my detention by this officer. Instead, this Emory police officer chose to abuse her power. She chose aggression over common sense,” McKinley added. “She put her hands on her weapon, she put her hands on me, she publicly humiliated me, falsely and wrongfully accused me of stealing a sandwich and placed me in handcuffs so tight that she caused injuries to both of my wrists.”

McKinley – who welcomed daughter Pilar Jhene with Williams in March – wrote he was profiled and that the police officer blamed him for the events that transpired, adding, “I could have been the next hashtag because she was that aggressive.”

“She was wrong. No apology. Just more vitriol - she blamed me for the entire situation,” wrote McKinley. “It was disgusting… I went to see my doctor for a routine dr visit at @emoryhealthcare Emory hospital. Stopped to grab a sandwich. And this is what happened. It happens to us everywhere, at any time, for any reason.”

He continued: “I can’t let this go. This is not ok. I’ve retained counsel @miketsterling and @dreyer_sterling_llc. Now, we can add going to the doctor or buying a sandwich while black to the list of things we cannot do.”

The Emory Police Department told Fox News on Monday that McKinley was released after officers found everything to be in good order.

“An Emory Police Department officer detained an individual suspected of not paying for an item. Once the officer learned the individual had purchased it, he was released.”

However, McKinley says the police’s handling of the situation speaks volumes for its department and insists he’s owed an apology and wrote in the comment section of his social media post that the officers responsible for his detainment “refused” to allow him to issue a formal complaint.

“There was no acknowledgment of Dennis’ anguish, despite his complete innocence,” read the statement. “There was no apology or recognition by Emory of the indignity and humiliation Dennis endured at the hands of their officer: falsely accused, shackled like a criminal, detained without provocation, and completely frightened to death that this officer might physically harm him over the made-up accusation that he stole a sandwich. Emory’s response is appalling and serves to only exacerbate the pain and shame that Dennis endured.”