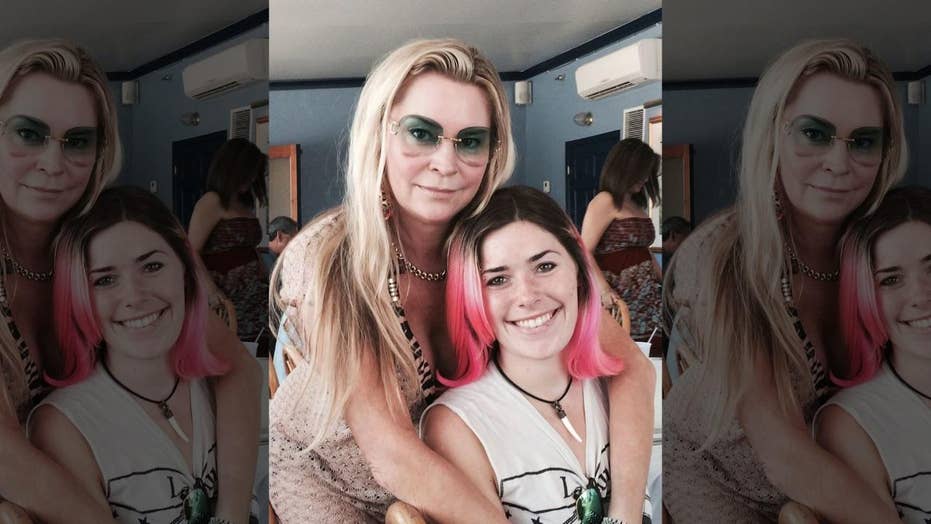 ‘Queen of Versailles’ star Jackie Siegel recalls losing her daughter Victoria to fatal overdose and why she decided to release her daughter’s diary.

Jackie Siegel decided to publish her deceased daughter’s secret diary in hopes that no other parent would lose their child to drugs as she did.

But it was a tough call for the 53-year-old, the Florida socialite who was featured alongside her tycoon husband David Siegel in the 2012 documentary “The Queen of Versailles.” The successful film, shot three years before their eldest child fatally overdosed, highlighted the couple's opulent megamansion in Orlando and how they were determined to build "the biggest house in America" for their eight children and their animals.

Victoria Siegel died of an overdose of methadone and antidepressants at age 18 in 2015.

Victoria Siegel led a secret life that she chronicled in a journal. — Courtesy of Jackie Siegel

Her mother learned of Victoria’s personal journal, which chronicled a shocking secret life, after her death. Compelled to raise awareness on the opioid crisis and how it’s devastating families across the country, Siegel made the determination to publish it as a book which she titled “Victoria’s Voice: Our Daughter’s Losing Battle with Drug Abuse.”

Siegel spoke with Fox News about her beloved daughter, coping with public scrutiny and whether she regretted participating in "Queen of Versailles."

Jackie Siegel with her daughter Victoria during happier times. — Courtesy of Jackie Siegel

Fox News: What compelled you to publish your daughter’s diary?
Jackie Siegel: Her dying wish in the form of a text was that she wanted me to find her diary where it was hidden and to publish it because she felt it would help save other teenager’s lives. I just felt I needed to carry on with her legacy. It’s been a very difficult thing for me because it’s something so personal. I’ve been a bit of a recluse during these last few years. But I finally have the courage to come out in the public eye.

Fox News: How would you describe your daughter?
Siegel: My daughter loved life. She was kind of like a hippie. She didn’t care about money, designer clothes or anything like that. She loved to make her own tie-dye shirts and run around barefoot on the beach. She always looked for the good in people. She was just a typical teenager who went to a public school. In front of our faces, she seemed completely sober. She should have won an Academy Award for acting because she appeared drug-free, but she wasn’t.

Victoria Siegel died of an overdose of methadone and antidepressants at age 18 in 2015. — Courtesy of Jackie Siegel

Fox News: It’s been reported you weren’t aware of your daughter’s drug use until you actually went through her diary.
Siegel: We did not know she was doing drugs. It happened right under our noses. That’s one of the reasons we wanted to get this book out. We want other parents to know that if it can happen to us, it can be happening to them. They really need to open their eyes. Looking back, there were all kinds of warning signs that I wished I knew. Now we want to share them with other parents.

Originally, she came to me and said, “Mom, I have anxiety and I need help.” So we took her to a psychiatrist. They gave her a prescription – the smallest dose possible – of Xanax. She never complained again, so I figured she was cured. A couple of years later, she came to me and said, “Mom, I need to go to rehab.” I said, “What are you talking about?” She said, “I’m addicted to Xanax.” I said, “I don’t know what you’re talking about, you haven’t had a prescription.” She said, “They sell them at school.” So she somehow had access to them at school through another kid.

She also experimented with different drugs. We took her to rehab. She was 18 then. She met a 26-year-old man who was court-ordered to be there for heroin addiction. He had no intention of getting clean. He was just there because it was either that or jail. He then introduces her to heroin and they start doing heroin together. A month later she was dead.

Victoria Siegel with her father. (Courtesy of Jackie Siegel)

Fox News: What were some of those warning signs that you saw?
Siegel: Changing friends, locking herself in a room and just saying she’s tired. I’m assuming that she was probably doing drugs now. Lost of interest in the family. When I first read her diary, I was shocked by all the experimentation with drugs. She said she had an eating disorder, depression, bullying — there was so much she was going through. I really had no idea.

Fox News: How did you cope with losing your daughter?
Siegel: It was very, very difficult. The press came down so hard on me. I felt like I was being bullied by all these photographers. Then there were these outrageous stories about me and my husband. So we became recluse. I didn’t go out after that. I just shut down. We didn’t even go to Versailles. We lost interest. But eventually, we did feel we needed to speak out and let people know how bad the opioid epidemic really is. … We just want to save lives.

Jackie Siegel (right) with Victoria. Audiences were introduced to the pair in the documentary "The Queen of Versailles." — Courtesy of Jackie Siegel

Fox News: When “The Queen of Versailles” came out, you were immediately in the public eye like never before. How did the media scrutiny affect your daughter?
Siegel: She hated it. We didn’t talk about it all that much. But she wouldn’t want to be around any cameras. In fact, all the children would dodge cameras. I guess they got a little traumatized by the exposure. They just started getting bullied at school. It was rough for them. I was able to handle it better. But it did put a negative cloud, especially on my husband. It made it seem like my husband was depressed and losing business, which is not true. He was just mad because he didn’t want to be shooting a TV show, not knowing what it was for.

Fox News: Do you have any regrets participating in “The Queen of Versailles”?
Siegel: The only thing I wished is that we knew it was going to be a movie and that we had some sort of control over how our family was ultimately going to be portrayed. That’s my biggest regret, not having any control at all.

Fox News: Where there any misconceptions you wanted to address about your daughter or your family in this book?
Siegel: I mean, the press was saying all kinds of negative stuff about us. They were saying I was taking selfies at the funeral. I was taking pictures of my daughter’s casket. Everyone copes with death differently. If I want to take pictures of my daughter’s casket before her body goes into the ground forever  — for people who have never lost a child, it wasn’t nice of them to be criticizing me or making fun of me.

They had no compassion. The funeral was also in Florida and it was very hot. I had a big hat on. When we buried her, we were outside in the sun. Then on one of the morning shows, someone said I looked like I went to the Kentucky Derby. I just got picked on a lot. But we clammed up and stayed home with the family for several months.

Fox News: It’s been said you’ve kept your daughter’s room the same way.
Siegel: It is true. I don’t allow any of our maids – and we have a lot of maids in our house – we don’t allow them to go in her room. I don’t want anything moved. I still go in there … Her coffee cup is still sitting by the side of her bed. Her shoes are exactly right where she took them off. I know eventually I’ll need to move on, but I’m not ready yet.