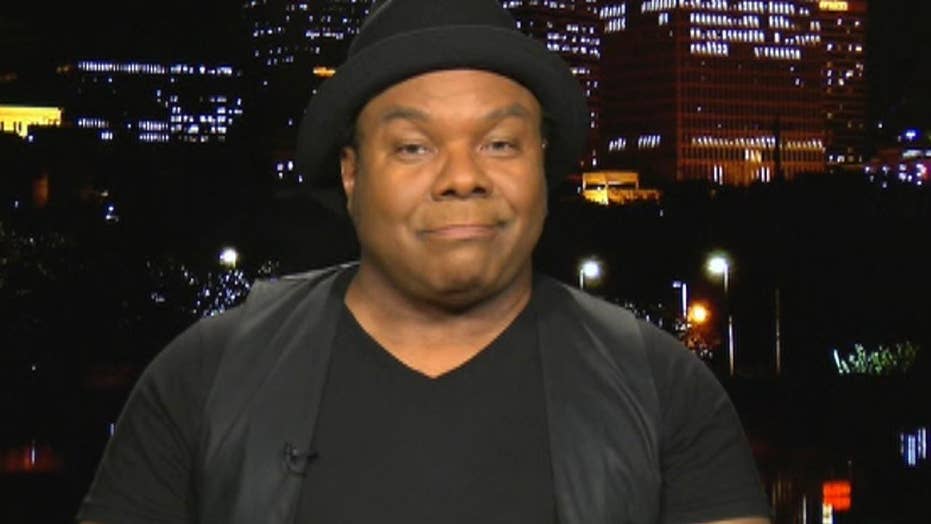 Dez Dickerson, who spent five years as Prince’s guitarist until 1983, is thankful he maintained a close relationship with the musical legend.

“I’m thankful I had a very authentic relationship,” he told FOX411. “Obviously, he was my employer but at the same time there was a level of respect and because of the window of time I worked with him it was in that critical point where you go from off-the-radar to dominating the radar. I think, more than anything else, I really felt, and he demonstrated, that he saw me as not just a band member or employee but more as a confidante big brother and we had an authentic relationship.”

Prince died at the age of 57 at his Paisley Park mansion last week in Minnesota. Investigators are currently  looking into whether Prince died of an overdose, according to the Associated Press. However, Dickerson is adamant Prince did not have problems with drugs and alcohol.

“Absolutely none... During the period time that I worked closely with him for 5 years, we spent more time with each other as a band than we did with any other human beings on the planet at that time,” he explained. “He had never done drugs in his life, didn’t drink, his only focus was music and working harder in a more human fashion that anyone I had ever seen.”

Three weeks before Prince’s death, the former band members spoke on the phone for about a half hour. Dickerson said he is determined to keep that conversation confidential. However, he did share that the “Purple Rain” icon revealed he was suffering from pain in 2004.

“When we talked in 2004, he shared with me that he had stopped wearing the high heeled boots he used to wear when I was in the band,” he said. “He had these wedge platform sneakers that were custom made for him. He mentioned that he had been experiencing some pain and discomfort and the shoes really helped.”

Many media outlets reported the legend refused to have surgery on his hips due to his religious beliefs. In 2001, news broke that Prince had become a devout Jehovah’s Witness. The faith does not allow blood transfusions, so several outlets reported in the years that followed that Prince was avoiding surgery.

Dickerson shared the biggest lesson he learned from Prince.

“Never stop growing and improving no matter how much you or those around you think you have achieved. You can always reach for more.”

And he revealed that the pop legend will undoubtedly be remembered.

“He’s going to be remembered differently by different people as is always the case with prominent people. There are folks that knew him well in the context of friend or family member or colleague. For pop culture in general, (Prince is) one of those major once-in-a-generation talents and influences from Sinatra to Elvis to the Beatles—that kind of figure.”