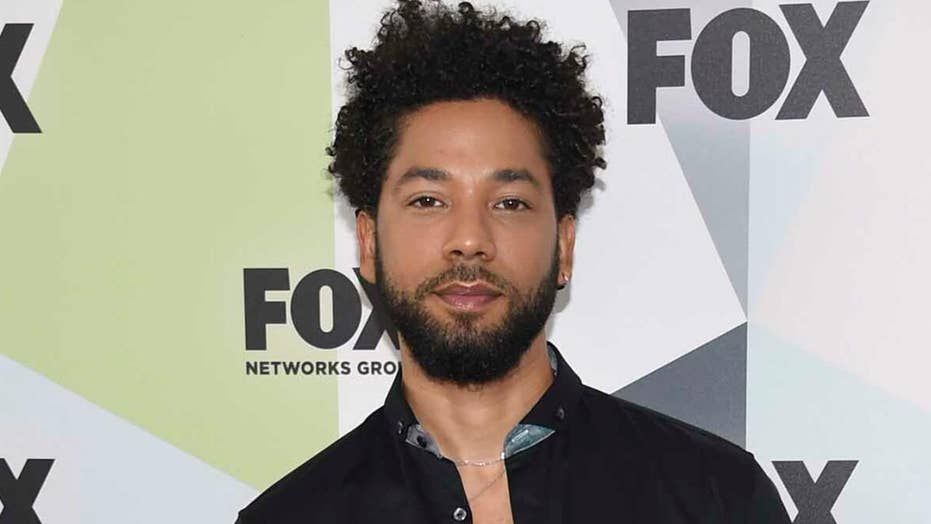 Police in Chicago are combing through surveillance footage after actor Jussie Smollett says two men attacked him on the street; Matt Finn reports on the investigation.

"A community alert w/ photos is being constructed and will be disseminated shortly," he added.

The department said Wednesday afternoon that they are expanding their search to the Chicago River area after footage from privately-owned cameras near where Smollett says he was attacked did not prove fruitful. Police are also broadening their search by reviewing footage from traffic cameras and public bus cameras.

"We are taking this investigation very seriously," the police statement said.

Smollett told police he was walking downtown near the Chicago River at around 2 a.m. on Tuesday when two masked men hurled racial and homophobic slurs at him, beat him, threw an "unknown substance" on him and put a rope around his neck. Police also told Fox News that Smollett said the attackers yelled, “This is MAGA country.” Investigators said he gave the detail to detectives during a follow-up inquiry, not when he initially reported the incident to police.

A rep for Smollett did not return Fox News' request for comment. Police said Smollett took himself to Northwestern Memorial Hospital after the alleged attack for treatment.

In a statement to Fox News, 20th Century Fox Television and Fox Entertainment said: “We are deeply saddened and outraged to learn that a member of our EMPIRE family, Jussie Smollett, was viciously attacked last night. We send our love to Jussie, who is resilient and strong, and we will work with law enforcement to bring these perpetrators to justice. The entire studio, network and production stands united in the face of any despicable act of violence and hate — and especially against one of our own.”

Smollett plays openly gay musician Jamal Lyon on the Fox series. The actor told Ellen DeGeneres in 2015 that he identifies as gay but does not discuss his personal life in public.

"Empire" is shot in Chicago and is currently in production.