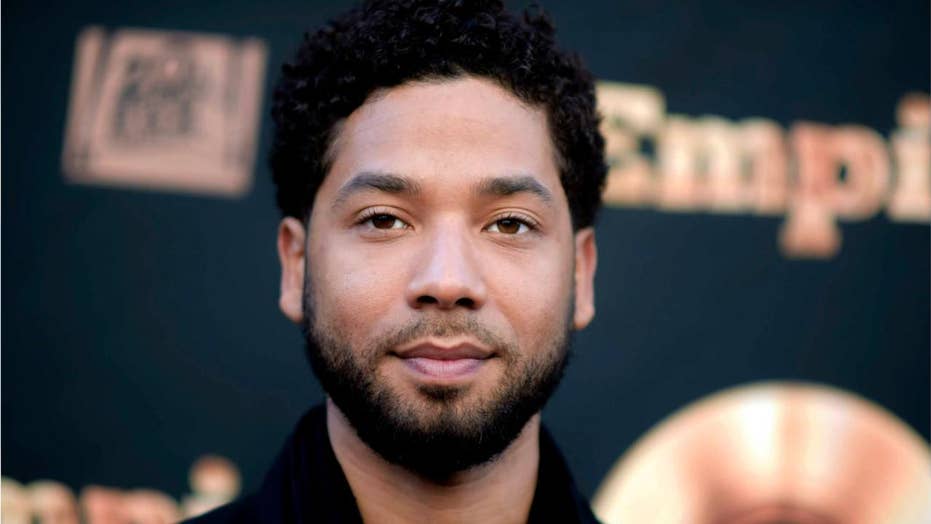 Actor Jussie Smollett’s lawyers are denying Smollett planned the attack after Chicago police claim he is no longer being considered a victim in the case.

A Chicago police spokesperson on Saturday said "Empire" actor Jussie Smollett is no longer considered a victim in the case that allegedly involved an attack by two masked men who shouted racial and anti-gay slurs at the actor and, "This is MAGA country!"

Police earlier said that the "trajectory of the investigation" shifted and that they wanted to conduct another interview with Smollett about the alleged hate crime last month. Police released two Nigerian brothers who were held for questioning about the reported attack. They were released late Friday without charges.

"We can confirm that the information received from the individuals questioned by police earlier in the "Empire" case has in fact shifted the trajectory of the investigation," Chicago police spokesman Anthony Guglielmi said in a statement. "We've reached out to the Empire cast member's attorney to request a follow-up interview."

The men were arrested Wednesday night after investigators tracked their movement on surveillance cameras in the area where Smollett said the attack occurred. Smollett, who is black and openly gay, said he was attacked by two masked men on Jan. 29 as he was walking home from a Subway restaurant.

Police have said they were investigating the attack as a possible hate crime and earlier considered Smollett a victim. Reports of the assault drew outrage and support for him on social media, including from U.S. Sen. Kamala Harris of California and TV talk show host Ellen DeGeneres.

Smollett's attorneys, Todd S. Pugh and Victor P. Henderson, vehemently denied that the attack was a hoax, telling press, "As a victim of a hate crime who has cooperated with the police investigation, Jussie Smollett is angered and devastated by recent reports that the perpetrators are individuals he is familiar with. He has now been further victimized by claims attributed to these alleged perpetrators that Jussie played a role in his own attack. Nothing is further from the truth and anyone claiming otherwise is lying."

"One of these purported suspects was Jussie’s personal trainer who he hired to ready him physically for a music video. It is impossible to believe that this person could have played a role in the crime against Jussie or would falsely claim Jussie’s complicity," the statement continued. "Jussie and his attorneys anticipate being further updated by the Chicago Police Department on the status of the investigation and will continue to cooperate. At the present time, Jussie and his attorneys have no inclination to respond to “unnamed” sources inside of the investigation, but will continue discussions through official channels."

Smollett previously said he was cooperating with police and gave an emotional speech during a concert in West Hollywood, California, on Feb. 2 saying that he went ahead with the show because he couldn't let his attackers win.

Smollett also gave an interview to Robin Roberts of ABC News that aired Thursday, saying that he was "pissed" at people who did not believe he was attacked.

"I've heard that it was a date gone bad, which I also resent that narrative," he said. "I'm not gonna go out and get a tuna sandwich and a salad to meet somebody. That's ridiculous. And it's offensive."

Investigators have not been able to find surveillance video of the attack.