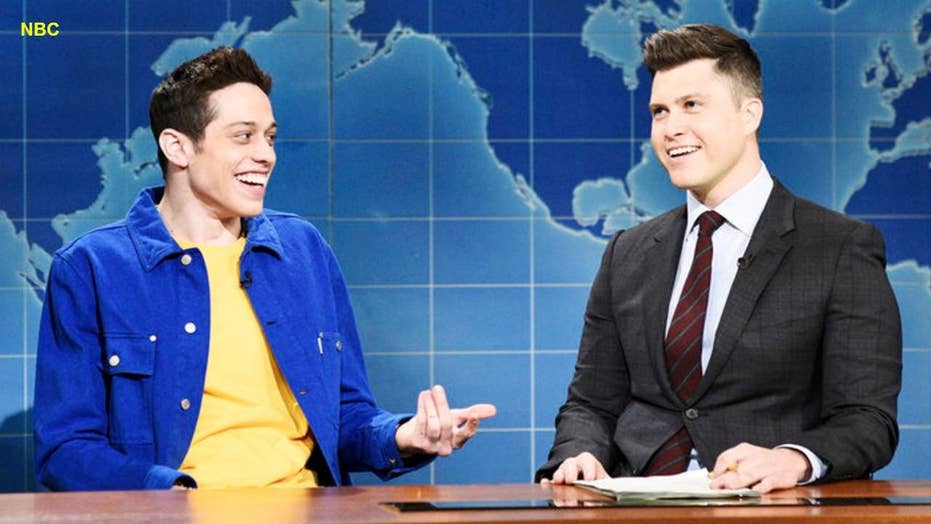 Pete Davidson got a Catholic diocese in Brooklyn very upset with his recent appearance on 'Saturday Night Live' when he compared R.Kelly's sex abuse charges to the church's child abuse scandal. Now church leaders are demanding 'SNL' and Pete Davidson apologize for the jokes calling the 'SNL' casts, writers and producers 'insensitivity' to the subject 'alarming.'

“SNL” star Pete Davidson held a star-studded Fourth of July bash at his mom’s Staten Island home — where he’s been living after his breakup with Ariana Grande.

We hear that Davidson lit numerous sparklers and was a top-notch host. “Pete was so nice,” said a partygoer. “He was running around the house, DJ’ing, showing off his T-shirt collection, joking around, playing with the kids and talking with the grandparents.”

Also at the party for guests’ amusement were a bouncy house and a Slip ’n’ Slide, plus plenty of food.

Following his split with Grande, Davidson moved back in with his mom: In April, he bought his mother a $1.3 million home where he lives in the basement.

He’s explained on “The Tonight Show,” “I live with my mom, kinda, so I have like a basement that’s like mine, that’s like an apartment. So I live underneath her. I’m getting like a little arcade set up down there trying to make it . . . mine.”

He added: “I was calling it the Man Cave, but the Mulaneys told me if I call it that, they would no longer be my friend.

Now I call it the Basement — like the Ohio State University. It means something . . . It’s the ‘the’ that’s important.” Davidson is currently filming an untitled comedy with Apatow on Staten Island about his upbringing, co-starring Marisa Tomei.