A group of Pearl Harbor survivors say they were disrespected by the crew of the CBS drama "Hawaii Five-O" during a visit to Honolulu's National Memorial Cemetery of the Pacific.

The Denver-based Greatest Generations Foundation took 23 veterans to the Punchbowl cemetery last week to commemorate the 70th anniversary of the attack on Pearl Harbor. The veterans found it offensive that the crew members didn't stop production while the national anthem and taps were played and that they were walking on graves, said Steffan Tubbs, a foundation board member and co-host of KOA-AM's morning news show in Denver.

Tubbs visited the cemetery with the group, which conducted a small ceremony there.

The crew was filming a scene involving a lead character visiting his father's grave, "which in reality was surrounded by the real graves of WWII heroes," Tubbs said Tuesday. "It didn't seem right."

Cemetery Director Gene Castagnetti said the filming was approved beforehand. He added walking on graves is unavoidable and not considered disrespectful if done carefully.

It came as a surprise that the veterans would be laying roses during their ceremony, taking them to locations in the cemetery where the crew was filming, Castagnetti told the Honolulu Star-Advertiser.

While payment is not required for filming at the cemetery, "Hawaii Five-O" donated $1,000, KHON-TV reported. The show has filmed there several times previously.

"We were surprised to hear this report and are looking into the matter," CBS said in a statement. "Our veterans deserve the highest level of respect and reverence for their service, particularly during a ceremony honoring those who paid the ultimate sacrifice."

The show's executive producer Peter Lenkov apologized in a statement Tuesday, saying that the crew is made up of mostly locals, many with military ties, and that the series "carries a demonstrative pro-military message."

"On behalf of the Hawaii Five-O production unit, we'd like to apologize to any veterans and members of the Greatest Generation Foundation whom we unintentionally offended when our events coincided," he said. "Contrary to some reports, to show respect, our crew did cease production for the playing of the national anthem, taps and for the remainder of the ceremony."

Any rudeness can be "attributed to haste to finish our work," the statement said.

The National Memorial Cemetery of the Pacific is the resting place for some 34,000 veterans of World War I, World War II and the wars in Korea and Vietnam. Located in Punchbowl Crater just north of downtown Honolulu, it is a top tourist destination in Hawaii. 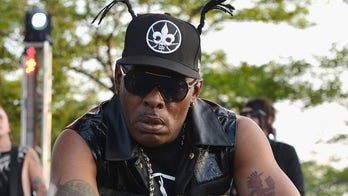 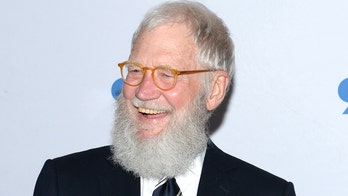 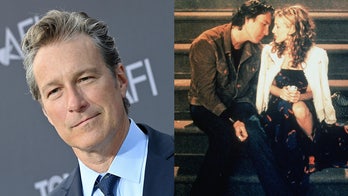