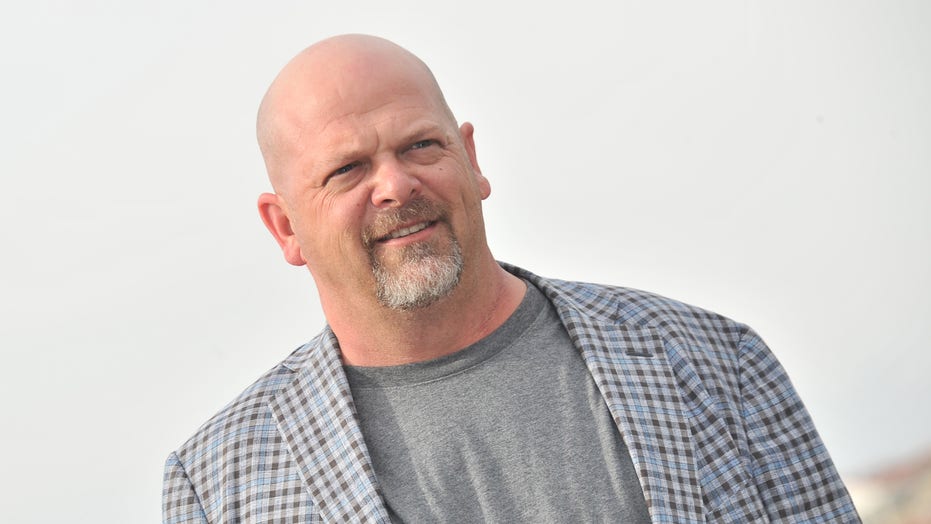 “Game of Thrones” has taken its final bow, but History’s “Pawn Stars” will have a little extra to offer when Rick Harrison appraises a rare edition of the novel by George R.R. Martin Monday night.

After 520 episodes, History’s hit show got even bigger with an expanded hourlong format, which Harrison says makes this the best season of the show to date.

“[We have] more time to talk about the history of the items, which I really like doing. I get to go into deeper dives,” he told Fox News. “It’s probably my favorite season ever.”

"It’s one of those things, if you’re there at the right time at the right place, you could have bought as many as you wanted for $50 a piece."

The 54-year-old businessman proves he’s every bit the history nerd people think when a book collector brings a rare edition of “A Game of Thrones,” which is the first book in the "A Song of Ice and Fire" series, signed by author George R.R. Martin to the shop. Thanks to the expanded episode time, he is able to give viewers a lesson on the medieval War of the Roses, which heavily inspired Martin’s now-iconic tale.

“I don’t think it’s a first edition, but a few years after [‘Game of Thrones’] came out, he came out with a special edition and he signed a bunch of copies, but no one really bought it because it wasn’t cool yet,“ the pawn shop owner revealed. “Then it sort of exploded and now the book is worth a fortune. It’s one of those things, if you’re there at the right time at the right place, you could have bought as many as you wanted for $50 a piece.”

Fans will have to tune into the latest episode to see exactly how much of a profit the "Pawn Stars" boys are able to make off the book.

Harrison is no stranger to finding the profit in things before anyone else. Not only is his pawn shop the most successful in Las Vegas, but he’s worked hard to maintain a longrunning TV show about his daily life. However, turning his pawn shop work into a TV show was hardly an easy task.

Although he faced rejection for many years before History bet big on him, Harrison persisted with the confidence that he had a good idea for a show.

“People would tell me that nobody wants to watch a show about four fat guys in a pawn shop,” he said with a laugh. “All of a sudden I was on TV and we had the highest-rated premiere History ever had at the time. To this day I believe it’s because people were going through their cable guide and thought it said something other than ‘Pawn Stars.’”

The star revealed that he still gets calls from network executives who rejected him to admit what a mistake they made.

After years of success, Harrison has dipped his toe in the political arena, having previously voiced his support for Donald Trump, spoken at CPAC and publicly voiced his thoughts on socialism.

“People have been trying to get me to run for office and I’m like, ‘There’s no way,’” he told Fox News. “They want me to run for governor or something like that and there’s just no way.”

While a future in politics doesn’t seem to be in Harrison’s future, he continues to support his country given all that it allowed him to do.

“People always ask me, ‘How are you doing?’ I say, 'I’m living the dream,'” he said. “I love this country. I’m a guy who's got a 9th-grade education and was able to make it because, in this country, it doesn’t matter how you were born or anything like that. If you try hard enough, you can do well.”

Despite seeing all the potential in the United States, he’s upset to see many people forgetting its history and falling for the same general misconceptions.

“People sit around and talk about how, well Trump didn’t get the majority of the vote and stuff like that. But Abraham Lincoln didn’t get the majority of the vote,” he said. “Also, we live in a democratic republic, we don’t live in a democracy. Democracies are terrible. A true democracy is mob rules, where 51 percent can take away the other 49 percent’s property and do whatever they want. I really just wish people understood how and why this government works.”

He continued: “There’s so little emphasis on history anymore and it’s so important that we know history because it’s how we got where we’re at and if we don’t listen to the history, we’ll just go back to where we were.”

As for his advice for people who want to live the American dream like he does, The “Pawn Stars” mogul’s message is simple.

“Work, work, work, work,” he shared. “When you’re young and you want to start a business, don’t plan on taking a day off for a couple of years. Keep your nose to the grindstone and don’t do anything stupid.”