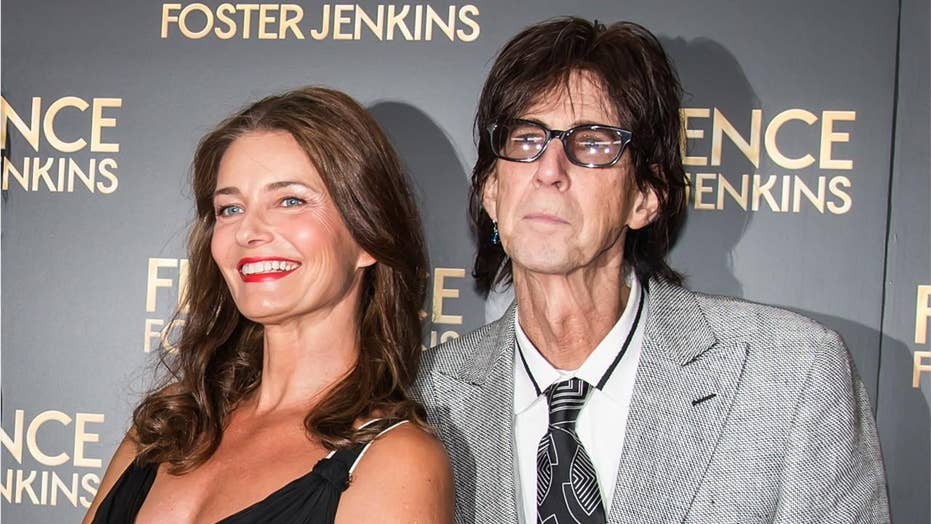 As Paulina Porizkova mourns the loss of the her husband, Ric Ocasek, she showed thanks for the gesture left outside their home. Flowers were left for the widow, who found ‘The Cars’ frontman unconscious and unresponsive. Responders pronounced Ocasek dead inside the couple’s home. He was 75.

Paulina Porizkova is talking about the death of her estranged husband, Cars frontman Ric Ocasek.

In a statement on Monday, Porizkova, 54, wrote on Instagram: "Ric was at home recuperating very well after surgery. Our two sons, Jonathan and Oliver, and I were making sure he was comfortable, ordering food and watching TV together.

"I found him still asleep when bringing him his Sunday morning coffee," she continued. "I touched his cheek to rouse him. It was then I realized that during the night he had peacefully passed on. We appreciate the great outpouring of love. We, his family and friends, are completely and utterly devastated by his untimely and unexpected death and would appreciate the privacy to mourn in private."

Hours earlier, she shared a photo of flowers left outside the New York City townhouse she and the Rock n' Roll Hall of Famer shared, writing simply, "Thank you."

The former supermodel found Ocasek unresponsive and unconscious in their Manhattan home on Sunday.

He was pronounced dead at the scene. He was 75.

Porizkova and Ocasek met in 1984 on the set of the Cars' music video for "Drive." They married in 1989 and share two adult sons.

In 2018, Porizkova announced she and Ocasek had separated after 28 years of marriage.

“Our family always has been — and still is — a well-built car,” Porizkova wrote on Instagram. “When the four of us are together, we can go wherever the road takes us. But as a bicycle, my husband and I no longer pedal in unison. So we’re ditching the bicycle. Ric and I have been peacefully separated for the past year. The photos of our happy family are, in fact, happy family photos; we are just no longer a couple.”