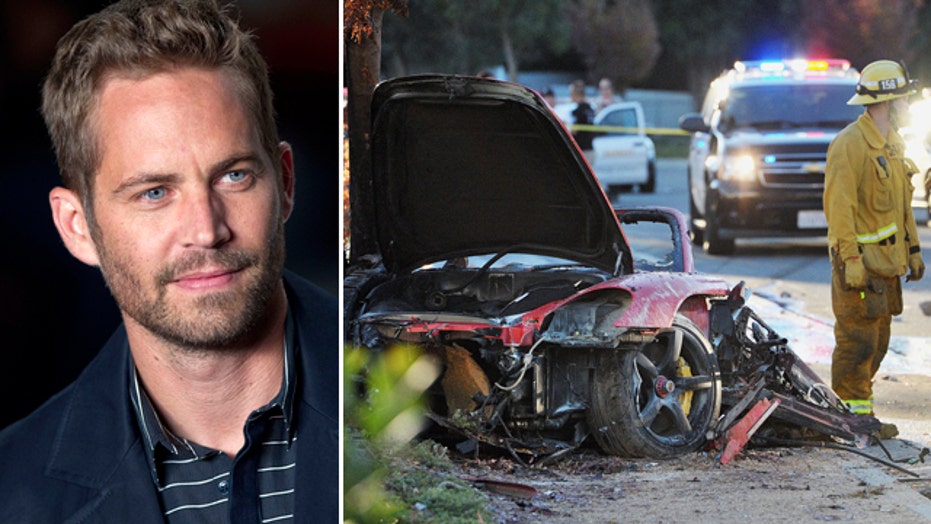 Los Angeles officials are investigating if Paul Walker and his friend Roger Rodas may have been drag racing at the time of the car crash that claimed the life of the 40-year-old “Fast & Furious” star.

A rep from the Los Angeles Sheriff Department confirmed to FOX411 that investigators were looking into whether or not the duo was racing when they drove away from a fundraiser in the community of Valencia, about 30 miles northwest of downtown Los Angeles.

Investigators added speed was a factor in the fiery car crash, though it will take time to determine how fast the car was going.

Rodas, who was behind the wheel of the car, was a 38-year-old Pirelli World Challenge race car driver. He was also Walker’s financial advisor and friend.

Walker and Rodas died in the one-car accident in Southern California Saturday, his representative confirmed to FOX411. On Sunday, fans erected a makeshift memorial near where the 2005 red Porsche Carrera GT he was riding in smashed into a light pole and tree.

A statement on the accident  from the Los Angeles County Sheriff's Department said that deputies found the car engulfed in flames when they arrived at the scene. Officials have not identified either person found in the car.

The Los Angeles County Coroner told KTTV's Kevin Takumi that dental records would be needed to formally identify the bodies.

A statement on the actor's official Facebook page said that Walker was a passenger in the car, and had been at a charity event for his organization, Reach Out Worldwide earlier in the day.

Walker and Rodas had thrown the fundraiser benefiting victims of the recent typhoon in the Philippines. Walker founded the charity in 2010 to aid victims of natural disasters.

"We appreciate your patience as we too are stunned and saddened beyond belief by this news," the statement read in part. "Thank you for keeping his family and friends in your prayers during this very difficult time. We will do our best to keep you apprised on where to send condolences."

On Sunday, fans of Walker, 40, gathered to leave flowers, candles and memorabilia from the action movies.

Walker is "gone but he'll never be forgotten because there are so many people that look up to him," Joel Perez, 23, told the Los Angeles Times at the memorial.

Walker, a Southern California native and the oldest of five children, began acting at a young age when he appeared in commercials, and his television credits include appearances on "The Young and the Restless" and "Who's The Boss?"
Walker said the early induction to show business wasn't to start him on a career path, but was a way to help provide for the family. Walker made his feature film debut in the 1998 comedy "Meet the Deedles." Supporting roles in the films "Pleasantville," ''Varsity Blues" and "She's All That" followed.

But it was his turns opposite Vin Diesel in "The Fast and the Furious" films, adapted from a Vibe magazine article about underground street races, that made Walker a star. He was cast by producer Neal H. Moritz, whom Walker had impressed with his performance in the 2000 thriller, "The Skulls."

Walker reprised his role as Brian O'Conner in four of the five sequels made of the 2001 hit. The latest edition, "Fast & Furious 6," was the most lucrative of them all, grossing more than $788 million worldwide following its May release.

According to the Internet Movie Database, Walker was to appear in "Fast & Furious 7," due out next July. He will also appear in the film "Hours," due out December 13.

Universal Pictures, the studio behind the "Fast & Furious" films, released the following statement Saturday evening: "All of us at Universal are heartbroken. Paul was truly one of the most beloved and respected members of our studio family for 14 years, and this loss is devastating to us, to everyone involved with the ‘Fast & Furious’ films, and to countless fans. We send our deepest and most sincere condolences to Paul's family."

Walker starred in other films, including the crime thriller "Running Scared," the Antarctic adventure "Eight Below" and the heist film "Takers." Though his stardom didn't make as much of an impact outside the "Fast & Furious" series, Walker continually drew praise from his co-stars and directors as a kind-hearted and eager collaborator.

The fundraiser and toy drive took place at Rodas' custom car shop, Always Evolving, in an area of warehouses and office parks. Attendees rushed to the crash, which was nearby but out of sight, to try to put out the flames with fire extinguishers.

One attendee of the event, Jim Torp, said he heard the loud sound of a car's engine revving and then an explosion. Walker and Rodas planned a quick ride, Torp said.

"The last words Paul said to anybody were, `Hey, I'll be back in five minutes. All right?' And that was it," according to Torp.

Torp said Rodas had a young son, whom he tried to stop from running to the accident scene, but could not catch him in time.

His "Fast & Furious" co-stars reacted in shock the actor's death. Vin Diesel posted a photograph of him and Walker arm-in-arm on Instagram with the message: "I am absolutely speechless." Lucadris said on Twitter: "Wherever you blessed your presence you always left a mark, we were like brothers."

Walker is survived by his 15-year-old daughter, Meadow.