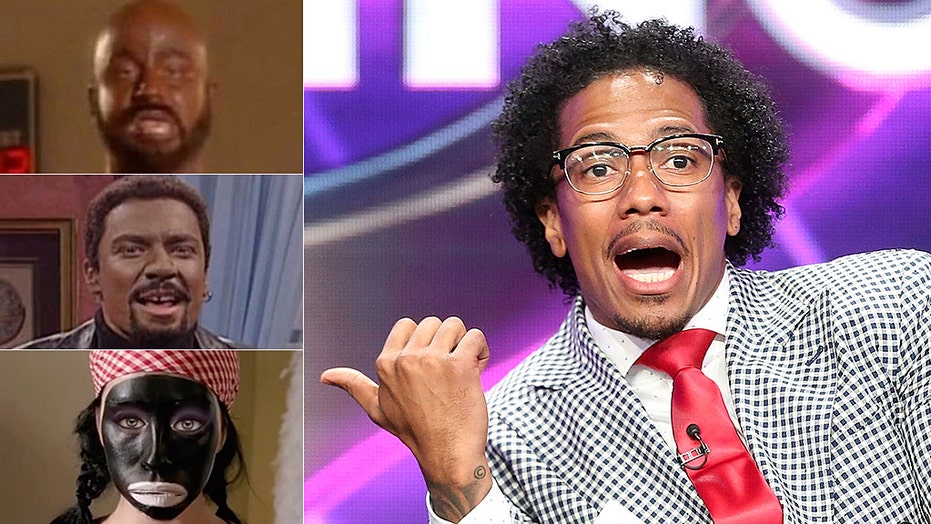 Nick Cannon steps up, steps in for Wendy Williams

'The Wendy Williams Show' will feature guest hosts while Wendy takes some time off.

Nick Cannon weighed in on the ongoing conversation about blackface in America by calling out other celebrities who have engaged in blackface humor in the past.

The 38-year-old actor took to Instagram earlier this week to call out comedians Jimmy Kimmel, Jimmy Fallon and Sarah Silverman — all of whom have done blackface in the past.

“Happy ‘BLACKFACE’ History Month!!! I’m sure we can expect some more 'Apologies' by Monday…” Cannon wrote on Instagram caption.

The image shared by Cannon is a photo that has been falsely identified as a young Bill Clinton standing next to a woman, often incorrectly reported as Hillary Clinton in blackface. However, the photo is not of either of the two politicians. On the right side of the photo, are real images of Kimmel, Fallon and Silverman doing comedy bits in blackface.

Cannon then shared a video showing a clip from “Saturday Night Live” in which Fallon played Chris Rock and another in which Kimmel played Karl Malone on “The Man Show,” both in blackface.

“Are these your Kings of Late Night??? @JimmyFallon @JimmyKimmel you know I’m always on the side of the comedian and never pander to the sensitive, but I feel there needs to be some “truth & reconciliation” discussions and teachable moments amongst our communities,” Cannon wrote in the caption. “I’m ready and willing for the discourse, so who wants to step up to the table first? In the meantime, I’ll just leave this right here. Tell the Jimmys to holla at me!”

Cannon’s use of his social media to skewer comedians who have had blackface controversies in the past came around full circle later the same day when he had to address backlash he received in 2014 after creating a whiteface character to promote his new album, “White People Party Music.”

"They're using this term 'whiteface,' like I don't even know what that is," Cannon told The Hollywood Reporter at the time. "I know 'blackface' was a term that was created in 1869 to describe offensive minstrel shows. 'Whiteface,' if you look it up and Google it, it's a ski slope in upstate New York. I was doing a character impression. Blackface is about oppression."

He echoed these sentiments by posting an image of the controversial character on Instagram along with a lengthy caption that retreads his old explanation.

“TEACHABLE MOMENT: America, There is NO such thing as ‘WhiteFace’ just like there is no such thing as ‘Reverse Racism’. BlackFace and Racism are rooted in and are byproducts of the Institutionalized Oppression of a subjugated people,” he wrote. “The racist and severely damaging ‘Jim Crow laws’ received its name from the BLackface minstrel movement of the 19th century and proceeds to cause pain to this day.”