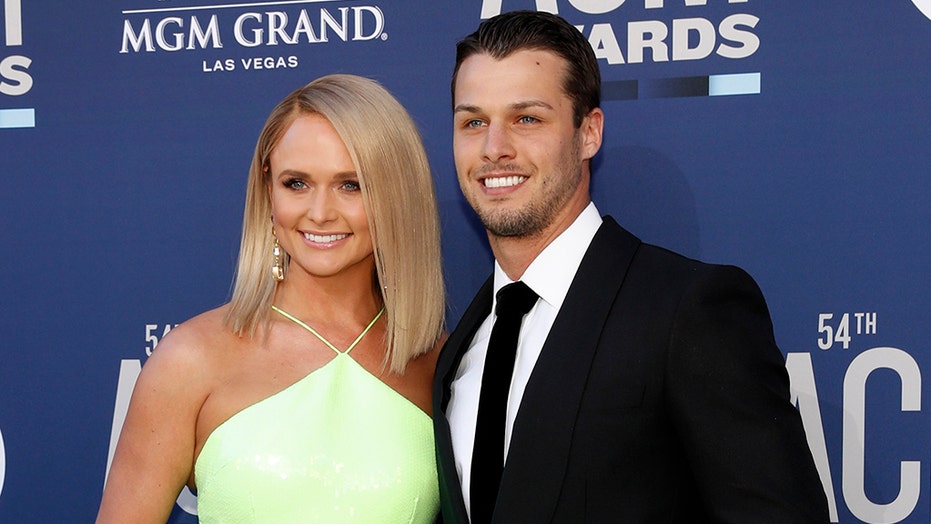 A media spokesperson for the NYPD confirmed Brendan McLoughlin's departure to Fox News in a statement Friday.

McLoughlin retired from the police force this month. Prior to his exit, the country crooner's hunky husband had taken a months-long leave of absence from the department beginning last summer.

Of course, McLoughlin has been spotted alongside the "Vice" singer while she continues her "Wildcard" tour. Now, multiple sources confirm to Fox News that McLoughlin isn't just a fan cheering on Lambert during her shows. Instead, the former cop is now working as a member of Lambert's security team.

Multiple eyewitnesses who have attended Lambert's concerts in the last month confirmed to Fox News that McLoughlin has been busy working security at the singer's meet and greets at various venues. One onlooker confirmed McLoughlin was put to work at the singer's Tulsa, Okla. concert on Feb. 7 by monitoring lines of fans and checking their bags.

"Brendan was the security guard right before you go in to meet Miranda for her meet and greet," said the eyewitness. "Other members of the security team told fans, 'No photos with Brendan.'"

That same week, a second eyewitness told Fox News that McLoughlin was assisting Lambert's security team at her concert held at the American Airlines Center in Dallas, Texas.

"Brendan was one of the security guys checking fans and when it was your turn it was actually Brendan asking if fans had anything they wanted Miranda to sign," said the source. "Brendan was overheard telling one fan, 'Have her sign your boot!'"

"Brendan wears a lanyard representing he's on Miranda's team and he even wears a little earpiece," the second witness added.

The "Vice" singer also headlined the 2020 Coors Light Birds Nest held during the Waste Management Phoenix Open golf tournament in Phoenix, Ariz. in late January. McLoughlin was spotted at the event on his own working for the crowds.

"The Waste Management golf tournament is a big event where a lot of drinking takes place," one worker at the event told Fox. "Other artists like G-Eazy, Dierks Bentley and more performed that same week. Brendan was actually standing with the other artists' security guards the day Miranda performed."

Lambert, 36, stunned fans last February with the announcement that she had wed McLoughlin. The couple celebrated their one-year anniversary last month.

While McLoughlin is a New York native whose other family members have ties to the NYPD, one friend of the singer's husband told Fox News that it was "about time" McLoughlin officially stepped away from his role as an officer.

"Brendan is beyond happy just living life right now," one pal of McLoughlin's told us. "Brendan's mom was in the NYPD. Becoming a cop is just what he knew at the time. It was a family footstep."

The pal added that McLoughlin's marriage to Lambert definitely played a role in his exit from the police department.

"He's married to someone that has a career that New York City can't contribute to 100 percent of the time," the source continued.

McLoughlin's departure comes on the heels of Fox News' report that the country star has never been happier than she is in her current marriage.

An insider close to the singer said Lambert appears "lighter" and has let some of her walls down since marrying McLoughlin.